Disabled Teens Should Also Have Access to Birth Control

Big news this week in the world of pediatrics, where the American Academy of Pediatrics has just released a new best practices guideline — the first since 2007 — on handling sexual health needs for children and adolescents. One aspect of the story is getting a great deal of coverage: The recommendation that teens be provided with IUDs and implantable birth control, as these methods are easier to adhere to than a daily pill.

That change in policy is important and has big implications for teens managing their sexual health, but it’s not the only part of the lengthy set of guidelines. For that, you’ll have to scroll further down into the report, to the section on “Adolescents With Disabilities and Other Complex Illness.”

It’s rare to see disabled and ill people, including teens, acknowledged at all as people who are sexual, or who might have reproductive-related healthcare needs. The AAP is reminding physicians both that disabled teens need birth control, and that numerous options are available for helping disabled teens manage their reproductive health — but that doctors need to reach out with information and advice to help their patients, instead of remaining silent on the matter.

That may be the money shot, a sharp rejoinder and reminder to physicians that, yes, disabled teens have sex too. Not only do they have sex — they do so pretty much like everyone else. However, leaving them without access to reproductive health tools (and sexual education) means that they can be exposed to higher risks than their peers, and it can leave them vulnerable to higher rates of sexual exploitation and abuse. That’s why pediatricians, who are often the first point of contact for sexually curious youth, need to step up their game when it comes to dealing with disabled teens.

The document also notes that there’s more than one reason to use birth control:

These considerations highlight the importance of making birth control available to disabled teens, regardless as to whether they’re sexually active, as it should be considered another tool in the medication library. While its primary purpose may be to prevent pregnancy, birth control doesn’t need to stop there. While it’s dangerous to use non-sexual applications of birth control as a justification for taking it (people can take birth control simply because they don’t want to be pregnant and they don’t need to defend or explain themselves), acknowledging those uses can be important in contexts like these.

There’s also an important additional policy recommendation at the end of the document that could provide special protections to all minors, but especially disabled ones:

Many practitioners are already doing this, to some extent, encouraging their patients to play an active role in their care and treatment decisions, including when it comes to contraceptives. Having that reinforced in AAP policy, however, encourages physicians to remain aware of the issue, which can be critically important for disabled youth. Because disabled youth are often desexualized and treated as though they aren’t sexually active, it can be hard for them to access contraception and to be taken seriously when they request it and want to talk about sexuality with the people around them.

A disabled teen who might feel shy about talking to parents or guardians about birth control could still safely access it through a pediatrician under this policy recommendation, without having to worry about the doctor disclosing private information. While physicians may encourage their patients to reach out to their families and others about their relationships, the ability to maintain confidentiality ensures that the patient’s needs are met first, which in turn protects the sexual health of disabled teens.

Teens who can talk openly with their doctors about sex can get the contraception and advice they need, which, as this bulletin reminds doctors, includes a recommendation to use a condom with every instance of intercourse, even if the patient is already using another method of birth control.

The decision to include disabled teens in an update about sexual health care for young adults is a positive sign. It shows that physicians and medical organizations are recognizing that adolescent teens are as sexually active as their peers, that they need treatment, and that their treatment may be complicated by their impairments or medical conditions. This is a huge step for the rights and health care of individual disabled teens, as well as disability rights in general, as it represents one more chip in the myth that disabled people aren’t sexual and have no interest in sexuality.

S.E. Smith is a writer, agitator and commentator based in Northern California. 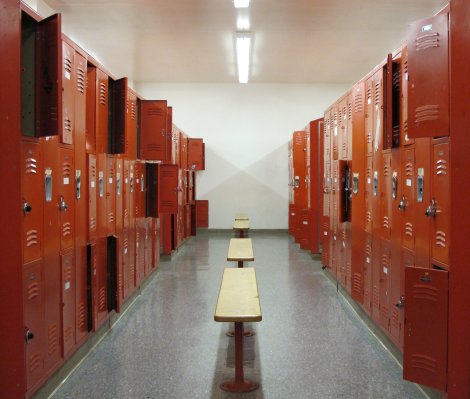 How to Get Over Your Fear of the Gym
Next Up: Editor's Pick