The Civil Rights Leader Cornel West Thinks You Should Know About

For this week’s issue of TIME, Cornel West — acclaimed thinker and activist — sat down to talk with Belinda Luscombe about his new book, Black Prophetic Fire. The book, which he wrote with Christa Buschendorf, looks at the work of six leaders from African-American history. But, as is pointed out in the video above, those six leaders aren’t all equally well known: the book moves from the most famous Civil Rights names, W.E.B. DuBois and Martin Luther King, Jr., to a name that may be unfamiliar to those not versed in the subject.

That name is Ella Baker — and, in West’s words, she was “one of the greatest.”

So what did she do? Ella Baker worked with the NAACP starting in 1940, and was motivated by the Montgomery bus boycott to dedicate herself further to the cause of civil rights. In the mid-1950s, she worked alongside King during the formation of the Southern Christian Leadership Conference (SCLC). When lunch-counter sit-ins began to become a powerful form of nonviolent protest, another civil rights group, the Student Nonviolent Coordinating Committee (SNCC), came together — with Baker leaving SCLC to throw her lot in with the younger group. SNCC became one of the most important organizations in the civil rights movement, and Baker stayed active in the cause for the rest of her life.

She never became as famous as her contemporaries — but, if you ask Cornel West, that doesn’t mean she’s any less important.

“I think that people lead in a lot of different ways,” he told TIME. “You can lead quietly by example, and that’s what she did.” 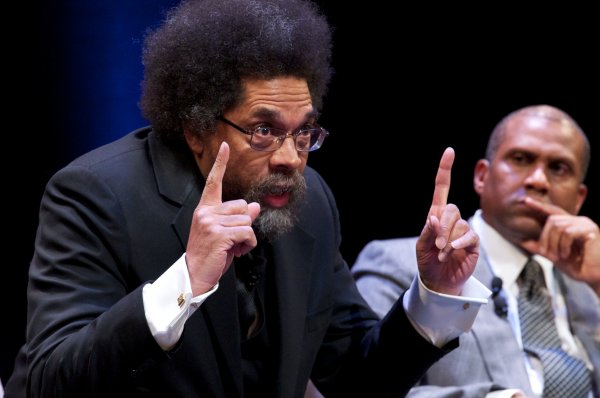