Why Contemporary Commentators Missed the Point With The Jazz Singer

Eugenie Besserer and Al Jolson speaking in a scene from the film 'The Jazz Singer', 1927.
Warner Bros. / Getty Images
By Lily Rothman

This day in 1927, Oct. 6, made TIME’s list of “80 Days That Changed the World,” and with good reason: that evening marked the premiere of The Jazz Singer, the “talkie” that sits at the transition point between silent movies and a Hollywood where sound is as important as sight. The Jazz Singer was the first feature-length movie with spoken dialogue and — though it was neither the first sound on film nor the first film with talking throughout, and its minstrel-show plot doesn’t exactly stand up to modern scrutiny — it was one of the most important movies ever made. As Richard Corliss wrote, explaining the date’s presence on the list:

Apparently, however, hind-hearing is the aural equivalent of 20/20.

In 1927, TIME was less than impressed by The Jazz Singer. What was important about it, the review in the Oct. 17, 1927, issue stated, was that it was Al Jolson’s first movie, and that it was noteworthy that his singing voice could be preserved. “The Vitaphone permits him to talk and sing his way through the sentimental mazes of the movie adaptation,” the reviewer noted. No mention whatsoever of the real historic value of the movie.

But 1920s cinemaphiles could be forgiven for missing the point. As a matter of fact, most of them would have missed the sound entirely. Within just a few years, it was eminently clear that the movie was more important than its star — but there had been a serious technical hindrance to moviegoers realizing as much when it first came out. As TIME’s 1933 review of the Jolson picture Hallelujah, I’m a Bum explained:

The reason The Jazz Singer didn’t impress when it was first released was that most people were seeing a different, silent version of the movie — a version which, TIME’s critic in 1927 intuited, wasn’t very interesting.

Read Richard Corliss’ full explanation for why Oct. 6, 1927, was so important: Now Hear This! 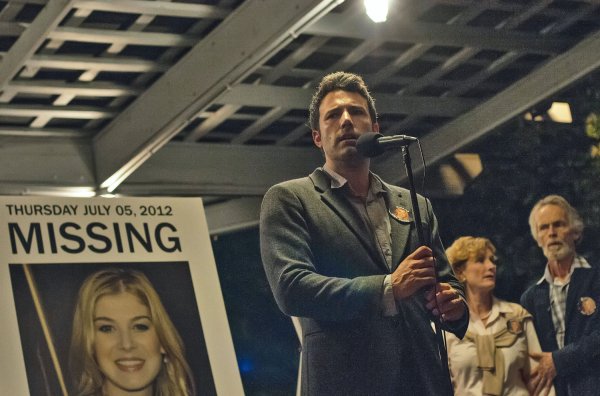 Gone Girl Runs Away With the Weekend Box Office
Next Up: Editor's Pick