I made a theatergoing trip to London recently, and my main target of opportunity was King Charles III — Mike Bartlett’s “future history play” about the ascension of Prince Charles to the throne, which has just opened on the West End after a buzzed-about run last spring at the Almeida Theatre. By chance, I saw the play on the night before the vote on Scottish independence — the momentous referendum that dominated the headlines and flooded the TV airwaves like no other political event in recent British history.

The confluence seemed perfectly fitting. For years, British plays have been far more engaged in the public arena — dramatizing current events, commenting on political issues and public figures — than their American counterparts. (Another hot ticket in London right now is Great Britain, Richard Bean’s fictionalized account of the British tabloid hacking scandals.) King Charles III isn’t just an up-to-the-minute political drama, as timely and relevant as the daily headlines. It often seems just another extension of them. A brief reference in the play to the inviolable British union even had to be tweaked slightly when “Scotland” was mentioned — not an easy thing to do with a play written in blank verse.

King Charles III‘s subject may be au-courant, but its form is self-consciously Shakespearean. The dialogue is delivered almost entirely in stately, yet surprisingly fluid, iambic pentameter, with modern slang (“You’re f—— joking”) sitting comfortably next to eloquent soliloquys and direct-to-the-audience exposition, and echoes of everything from Henry IV to Macbeth. There’s even the ghost of Princess Diana — played, miraculously, not for laughs.

Indeed, the remarkable thing about King Charles III is its rigorous seriousness. The play revolves around real-life people who have been caricatured endlessly in the gossip press, and yet it turns them into nuanced, flesh-and-blood human beings. It posits a future political scenario, but never slips off the rails into apocalyptic fantasy or cheap satire. It is a gripping evening of theater, a rare contemporary play with real tragic vision, and easily the sharpest, most sophisticated political drama I have ever seen on stage.

The play begins shortly after Queen Elizabeth’s funeral, as Charles — impersonated by Tim Pigott-Smith with great soberness and sympathy — is already agonizing over the crown that is finally his. The inevitable titters in the audience are dispensed with quickly as familiar faces troop onstage: Camilla (Margot Leicester), Charles’ always-supportive wife; William (Oliver Chris), his dutiful, rather stuffy elder son; Harry (Richard Goulding), the restless younger son with a roving eye and the un-Windsor-like red hair. (“Is Charles really your Dad?” says a girl he meets in a bar. “Or was it the other one?”)

It is Charles’ determination to rescue the monarchy from irrelevance that precipitates a constitutional crisis. While getting a routine briefing from his prime minister (Adam Jones, with hints of both David Cameron and Tony Blair), Charles balks at a bill passed by parliament that would put restrictions on freedom of the press. Concerned that the law would undermine the foundations of the democracy he is sworn to protect, Charles refuses to sign the bill. With polite deference but growing alarm, the PM protests that the king’s signature is merely ceremonial — that he does not have the power to flout the will of the people’s elected representatives.

Charles stands fast. Both political parties unite in their outrage, introducing a measure in Parliament that would strip the king of his power to approve legislation. Charles, rightly seeing the move as a threat to the very existence of the monarchy, responds by dissolving Parliament. The upshot is something approaching civil war — both in the country and in the royal family.

Bartlett (best known in the U.S. for Cock, his provocatively titled comedy of sexual confusion) and director Rupert Goold explore the ramifications of the crisis with plausibility, even-handedness — and empathy for nearly everyone involved. Charles may be a dithering pedant, but he has the integrity of his conviction that the monarchy, if it exists at all, must be something more than “a pretty, plastic picture with no meaning.” The political maneuvering is as intricate and Machiavellian as anything in House of Cards, but the combatants all have good, sincere reasons for their irreconcilable positions. There may be a touch of Lady Macbeth in the pushy and deceptive Kate Middleton — who eggs on William to oppose his father — but there’s also something admirable in her pragmatic, can-do attitude in this family of wusses.

If there’s a villain in the play, it is the system itself: a monarchy that inspires respect, even reverence — except when it actually tries to prove it has a reason for being. The Scots ended up voting to stay in the union. King Charles III audaciously, even brilliantly, lays bare the illogic of the monarchy that props up that fragile, sceptered isle. 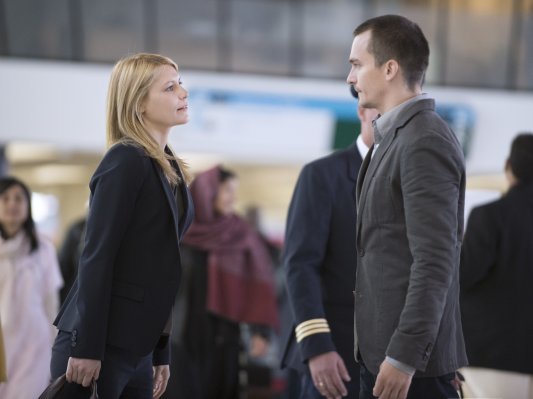 What You Need to Know Before Homeland's Season 4 Premiere
Next Up: Editor's Pick