Today, Joe and Teresa Giudice, stars of Bravo’s The Real Housewives of New Jersey, were sentenced to 41 months and 15 months in prison, respectively, for fraud. This is the biggest news to hit the long-running reality franchise in years, and would seem to represent a symbolic endpoint for a show that’s long celebrated its stars’ over-the-top lifestyles. The Real Housewives can and surely will continue. But can it be fun again?

The Giudices have been, for years, TV’s most prominent human representations of avarice; before their legal issues, their shared obsession with a certain sort of lavish lifestyle was fun to follow in a half-envious, half-derisive way. As people of (apparently) significant means, they were among the many Real Housewives stars who always wanted more. Teresa, who favored expensive-looking gowns and statement jewelry, may be best-remembered for her declaration that any house she lives in must be built to her specifications: “I don’t want to live in somebody else’s house. That’s gross.” The house they built is a monument to vanity and to the dubious appeals of polished marble; it looks like it came from the late Roman empire. How fitting: the sentencing of the Giudices feels like the end of something, the last act of a modern morality play.

Though the Giudices’ misdeeds are specific to them, their obsession with accumulating money is not. The Real Housewives franchise has always been somewhat coy about how its stars support their extravagant lifestyles. Many of the women on its air have launched nebulous jewelry or adult-beverage lines that seem more like pastimes than like real businesses; many more don’t seem to work at all. And for every struggling Sheree Whitfield (the Atlanta Housewife who fought on-air with her ex-husband over child support and whose under-construction dream house famously went unfinished), there are plenty of Giudices, people whose wealth came to them as if by magic and is dispersed liberally. Joe Giudice’s sentence is for specific deeds, but it feels like a systemic critique of the entire franchise.

Teresa and Joe Giudice’s legal trouble would seem to be a significant blow to Bravo, but the network has shown, in the past, an ability to steamroll past its star’s real personal traumas. Apollo Nida, the husband of Atlanta star Phaedra Parks, is currently serving an eight-year sentence in federal prison for fraud, and Parks will be returning to air for the next season; on Beverly Hills, the suicide of Russell Armstrong and subsequent revelations about his extreme financial troubles didn’t stop his wife Taylor from continuing her role on the show. Teresa Giudice remains a cast member on New Jersey, which this season has been spinning its wheels on storylines about new cast members as if to avoid looking at her plight too closely.

Because this feels different from past off-screen dramas for Real Housewives, like a storyline that it’ll be hard for the franchise to brush off. The way Joe and Teresa Giudice got themselves into legal trouble dovetails a little too neatly with their role on the show to be dismissed. On air, Teresa Giudice was tacitly encouraged to show off her elaborate mansion and couture fashions — it made for great material. Off-air, it’s that very materialism that led to the incarceration of her husband. Real Housewives was much more fun to watch when we were able to pretend that the housewives’ lifestyles were, well, real. But there’s something about the bill finally coming due for the Giudices that makes the franchise feel like it’s finally catching up with the times. 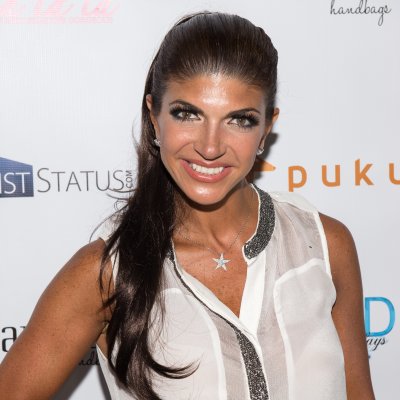 Real Housewives Star Jailed for 15 Months
Next Up: Editor's Pick