How To Fix the Secret Service

If you are wondering how the Secret Service became such a tarnished agency, look back to 2003 when it became part of the Department of Homeland Security.

Forced to compete for funds with 21 other national security agencies in a department of 240,000 employees, the Secret Service, which previously was under the Treasury Department, became more political and compliant. Mark Sullivan, appointed director by President George W. Bush in 2006, proudly proclaimed that the Secret Service “makes do with less.”

Over time, corner cutting and laxness became more prevalent, while the agency became more arrogant. As revealed in my book The First Family Detail, it became commonplace for Secret Service management to order agents to let people into events without magnetometer or metal detection screening to curry favor with White House or campaign staffs impatient with long lines. Uniformed officers such as those who let Michaele and Tareq Salahi and a third intruder, Carlos Allen, into a state dinner at the White House in 2009 became convinced that Secret Service management would not back them if they turned away party crashers at the White House gate.

Agents who called attention to deficiencies or potential threats were punished, never to be promoted. Those who went along with such outrageous White House requests as turning off alarms and who perpetuated the myth that the Secret Service is invincible were promoted and given bonuses.

Reflecting that preoccupation with image, just after replacing Sullivan as director, Julia Pierson, his chief of staff for five years, sent an email to all agents reminding them to maintain a “professional appearance.” Tattoos should not be visible, and facial hair must be short and “neatly groomed,” she instructed. The FBI under J. Edgar Hoover reflected the same obsession with outward appearance, helping to conceal the bureau’s many flaws.

The Secret Service’s annual budget is $1.5 billion — about the cost of one B-2 stealth bomber. Besides its protective duties, the agency investigates counterfeiting and financial crimes. Given the importance of the presidency, doubling the budget would be money well spent. But rather than request substantially more funds, the Secret Service assures President Obama and members of Congress that the agency is fulfilling its job with the modest increases it requests. Pierson even proposed a decrease in funding.

Meanwhile, the agency takes on more duties, and sleep-deprived agents often work almost around the clock. Citing cost, the Secret Service has refused to update with the latest technology its devices at the White House for detecting intruders and weapons of mass destruction. Yet scrimping on protection of the president, the vice president and presidential candidates risks an assassination that would undermine American democracy.

Congress has also been derelict in its duty. When it comes to selecting a Secret Service director, Congress has never demanded accountability by requiring Senate confirmation.

The list of appointments that do require Senate confirmation is long and the positions often obscure. Not only the head of the U.S. Marshals Service requires Senate confirmation but also 94 marshals positions, one in each judicial district. Besides the head of the Drug Enforcement Agency, the director of the Justice Department’s Office for Victims of Crime requires confirmation. So does the librarian of Congress and the deputy director for demand reduction of the so-called drug czar. The Secret Service director is missing from this list.

Yet along with the FBI, whose director does require confirmation, the Secret Service is the paramount agency responsible for protecting American democracy. And given its powers, the service’s potential for engaging in abuses is almost as great as the FBI’s.

Since Pierson’s resignation, we have heard proposals to transform the Secret Service into an as-yet-undefined new agency, move it to another department such as the Justice Department, or even place it under the military. These are foolish ideas. If a corporation is performing poorly, the CEO is replaced with an outsider who can shake up the company and change the culture.

The same solution applies to the Secret Service. As FBI director, Robert S. Mueller III removed anyone who did not tell him an honest story. The FBI performed magnificently under his management, protecting us since 9/11 from foreign terrorist attacks.

As Mueller’s successor, President Obama made an excellent choice in naming James Comey, who previously served in the Justice Department. Given that his own life is at stake, I believe Obama can be counted on to select a similarly outstanding candidate to be the new Secret Service director.

Ronald Kessler, a former Washington Post and Wall Street Journal investigative reporter, is the author of The First Family Detail: Secret Service Agents Reveal the Hidden Lives of the Presidents. 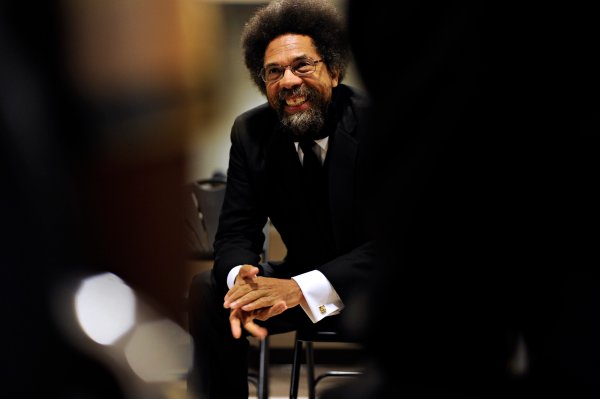