A man is being treated in isolation in Hawaii for what health officials say is a potential Ebola case, local ABC affiliate KITV reported Thursday, though he could be sick with some other ailment.

Authorities stress that they are being especially cautious amid concerns over the deadly virus, two days after the first confirmed case in the United States was identified in Texas. They did not release details about the patient or the hospital where he is being treated, according to KITV.

“The hospital is being very careful, as they should be, to take precautions making sure the patient is in isolation and making sure the people and the public stay safe,” Dr. Melissa Viray, an official with the Hawaii Department of Health, told KITV. “That being said, it’s still an if. This is not a ‘for sure’ thing.”

Health officials in Texas are tracking down anyone who may have come into contact with the Ebola patient in Texas and monitoring a second potential case. The virus has infected more than 7,200 people primarily in Western Africa and killed more 3,300 in the worst Ebola outbreak on record. 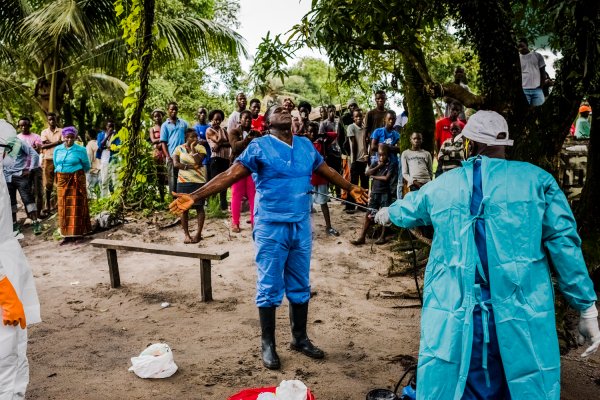 The Race to Stop Ebola in Africa
Next Up: Editor's Pick