Illustration by Oliver Munday for TIME
By James Poniewozik

So no one told you life was gonna be this way. Last spring, your browser and Facebook News Feed filled up with remembrances of Friends after 10 years. Lists! Video! Quotes! Quizzes! Those haircuts! Those catchphrases! Ah, good times.

Then summer passed. September came. And your browser and Facebook News Feed filled up with remembrances of Friends after 20 years. Those haircuts, those–wait. Didn’t Friends just have a 10th anniversary? Did a decade pass so quickly without your noticing it? Had you experienced head trauma?

No, the anniversary in May was of Friends’ last episode, in 2004; the anniversary in September was of its first episode, in 1994. Its legacy had not changed in four months; no one had uncovered shocking new evidence as to whether Ross and Rachel were, in fact, “on a break.” But we once again needed to share the 20 Greatest Friends Celebrity Cameos and 27 Friends Couples, Ranked.

Welcome to the age of perpetual nostalgia. Newspapers and TV have always loved anniversary stories: wars, assassinations, pretty much anything that happened in the 1960s. But now memory has been weaponized, with no cultural landmark too disposable to enshrine. This year we’ve marked the 30th anniversary of The Cosby Show; the 25th of Seinfeld, Do the Right Thing and Saved by the Bell; the 20th of My So-Called Life, Pulp Fiction and D2: The Mighty Ducks; the 15th of The Matrix and The West Wing; the 10th of Mean Girls and Gmail. (Disclosure: I’ve written several such pieces myself.)

That’s on top of a growing, weirdly popular phenomenon of viral memento mori journalism. “Want to feel old?” your inbox asks, linking to a Buzzfeed listicle. The baby from the cover of the Nevermind album is a grown man! The “Yo quiero Taco Bell” Chihuahua has been dead for five years! And so shall we all be someday!

Who’s responsible for this? You are. I am. At least in the sense that, like so many other news trends, this one is driven by social media. The stark truth about modern journalism is how much of it is about chasing traffic from shares, likes and links. The mightiest click generator is Facebook (10 years young this year!), the platform that got your grandma onto the World Wide Web (just turned 25!).

Facebook, like social media generally, loves to remember–Throwback Thursday prom pictures, galleries of baby photos of children who just turned 18. And “Remember that time when?” is a great equalizer; whether you’re paying a mortgage at age 30 or living in your old bedroom, you can relate to “25 Things That ’90s Kids Are Still Trying to Figure Out.”

Gen X-ers, my people, didn’t invent premature nostalgia, but we were steeped in it, with airbrushed ’50s memories on the ’70s sitcom Happy Days, which became Weezer’s “Buddy Holly” video in the ’90s. (Want to feel old? It just turned 20!) Millennials can now totemize their own childhoods with more-powerful viral tools. If digital life encourages eternal youth, it also prompts instant fogeyization, as you watch your high school classmates begin to wrinkle and sag in pictures. And the past is more accessible than ever, in GIFs and Netflix reruns. So even the young hang out like codgers on a virtual porch, chuckling about how time flies.

If nostalgia mania has become a media crutch, at least it counteracts the media’s obsession with the next thing. Consider how much time the press spent freaking out over the iPhone 6, a rectangular smartphone that radically updates your previous rectangular smartphone by being slightly bigger. We do a lot of racing ahead, not so much following up. Any excuse to take time and reflect is a refreshing change. As Mad Men’s Don Draper said, newness “creates an itch,” but nostalgia is stronger–“a twinge in your heart, far more powerful than memory alone.”

But it has limits. Ask Marcel–not the Friends monkey but Proust, who wrote the book (actually, seven of them) on nostalgia, Remembrance of Things Past. He had his madeleine; we have newly revived Surge soda. But they’re both just stand-ins for what you can never retrieve. “The memory of a particular image,” Proust wrote, “is but regret for a particular moment; and houses, roads, avenues are as fugitive, alas, as the years.”

Whoa, bummer. Hey, who wants to look at this gallery of Rachel’s haircuts? 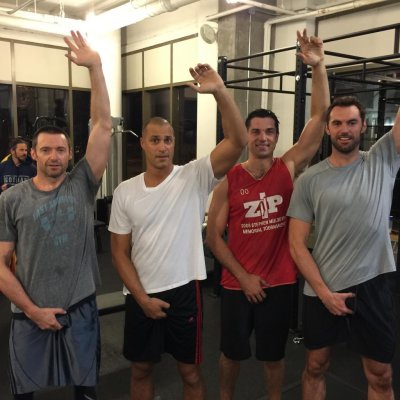