Upturned umbrellas sit on metal barriers in front of a Cartier store in the business district of Central in Hong Kong on Sept. 30, 2014
Bloomberg/Getty Images
By Per Liljas

With Hong Kong’s pro-democracy protests entering their fifth day, retailers are starting to feel the squeeze on their businesses.

“We’ve lost 20% to 30% of our sales so far this week,” says William Yan, manager at La Suisse Watch Co. in the Causeway Bay shopping district. The area is home to some of the most highly costed shop space in the world — and to several hundred protesters blocking a key intersection. “I hope the protests finish soon,” he says.

Unlike other Occupy protesters around the world, Hong Kong’s demonstrators do not have an antibusiness agenda. Shop windows full of expensive jewelry and cars are left unscathed, and many leave the protest sites during the day to work in their white-collar jobs. Signs everywhere apologize to passersby “for Any Inconvenience” caused by the protests.

At the same time, continued disruption to business runs the risk of alienating large sections of Hong Kong society.

The protests have kicked off during one of the city’s most important shopping periods — the week around China’s Oct. 1 national day, when hundreds of thousands of vacationing mainland Chinese pour over the border.

Travelers from China make up 75% of all visitors to the city, and are known for spending vast amounts on luxury products. The ongoing demonstrations have scared away scores of tourists, and Chinese authorities announced Thursday that group tours to the city had been suspended.

“Many mainland Chinese stay away, and the ones that come are afraid of riots,” says Gary Wan, assistant supervisor at a jewelry store in Causeway Bay.

Other shops, including one selling exclusive Breitling watches, say that they have stayed shuttered for much of the week. A taxi driver says that many of his colleagues have taken days off because they are not able to access the places people want to go to.

In the Tsim Sha Tsui district, Kenny Kiang, a garment-factory owner from Guangdong, is perplexedly beholding a protest site.

“I’m very shocked and disturbed. We didn’t hear anything about this in China” he says, adding that he and his friends may cut their trip short because of the commotion.

Victoria Hui, associate professor of political science at the University of Notre Dame in Indiana, says that a hit on the industries dependent on tourism doesn’t have to be detrimental for the protest movement.

“Many people are already incensed by the effect of mass tourism from the mainland,” she says. “Rents have shot up and many mom-and-pop stores are torn down for the benefit of malls catering to tourists.”

Ruby Chow, a 28-year-old graphic designer who has been a part of the protests since they started last weekend, says that businesses should also take an interest in supporting the protests.

“It’s important to have a media presence and to be seen as friends of the people,” she says.

Some companies have taken the opportunity to show their support. Advertising agencies McCann and Ogilvy have told employees they are allowed to miss work in order to participate in the protests. Local stores have contributed to the massive piles of food, water and necessities piled on the sidewalks on the occupied streets.

Emily Ho, owner of a garment store in Wan Chai, has decorated her mannequins with the yellow ribbons of the democracy movement. She says that she has noted a drop in sales, but feels that the struggle is worth it.

“Democracy is the most important thing right now,” she says. “Hopefully a more open society can lead to better economy in the end too. For now, I support the movement wholeheartedly. If it continues next week, I’ll have to make a new decision then.”

Others appear to have already made up their minds.

Cheung Chi-cheung, a fruit wholesaler, told the South China Morning Post that protesters asked him “to bear with them for the sake of the future.” But, he added, “I am not sure if I can survive this now.” 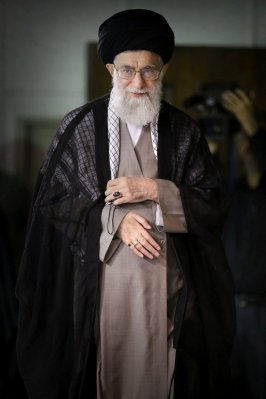