Indian Prime Minister Narendra Modi has brought his broom and is on a quest to clean up his country.

On Thursday, India celebrates the birthday of independence hero Mahatma Gandhi, and the nation’s new leader will mark the occasion by giving brooms to the top executives of state-run companies with instructions to sweep the streets. He will also wield a broom himself, Bloomberg reports.

“I urge every one of you to devote at least 100 hours every year, two hours every week, towards cleanliness,” said Modi, in a statement last week. “We can’t let India remain unclean any longer. On the second of October I myself will set out with a broom and contribute to this pious task.”

Meanwhile, Modi, the popular new leader of this nation of 1.2 billion people, will also call on state-owned banks to fund toilet construction. In India, some 594 million people still do not have access to toilets, according to UNICEF, posing a major health hazard. (In April, UNICEF launched a video campaign starring an army of malicious, dancing turds taking over the world to raise awareness about the dangers of defecating in the open.)

The announcement is part of Modi’s broader initiative to tackle hygiene issues that expose hundreds of millions to disease and heightened risk of sexual assault.

About 11 state-run power, coal and renewable energy companies have pledged to build 50,000 new toilets in schools, of which work on 1,001 will begin on Oct. 2, according to a government statement. 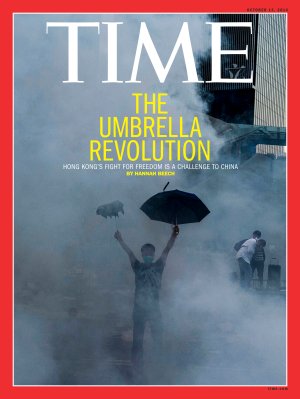 Hong Kong Stands Up
Next Up: Editor's Pick