Everything You Need to Know Before the Homeland Season 4 Premiere

Homeland, Showtime’s most beloved, reviled, complex and silly series, returns for its fourth season on Sunday. Like every premiere before it, the new episodes pick up in the wake of some cataclysm — the chess board overturned, the pieces all scattered. The brilliantly unstable CIA officer Carrie Mathison (Claire Danes) is back in the field, where, she’s joined by Laila Robins as a U.S. ambassador, Corey Stoll as a CIA station chief and Suraj Sharma as a promising potential asset.

And now you’re thinking: Who? Lots of new faces, places, spyees and spyers. Here’s what you need to know to going in:

1. Nicholas Brody is dead
The former Marine, former congressman, former vice presidential candidate and former terrorist played by Damian Lewis was hanged until death in the season 3 finale for finally doing something right. Brody, manipulated in one of Saul’s season-long cons, suffocated the head of Iran’s Revolutionary Guard just as it appeared that he’d been wooed away from the Americans. But the extraction was bungled, and Saul’s enemies within the agency leaked the location of Brody’s safe house so that their man inside the IRGC could be promoted. Carrie, against Brody’s wishes, watched him die. And when the CIA refused to award him a star on its memorial wall, she drew one in anyway.

2. The CIA has a new director
Which is a big part of this whole mess to start. In the finale, Sen. Andrew Lockhart (played by Pulitzer Prize-winning playwright Tracy Letts, didn’t you know) was finally named agency head after a season spent maneuvering/counter-maneuvering against Saul, someone Lockhart saw as destructively old-fashioned when it comes to the science — not art — of human intelligence.

3. Saul Berenson is out
The man everyone’s now calling “The Maestro” after his successful gambit to infiltrate Iranian intelligence is, at least to everyone’s face, happy to be in the private sector. Last we saw of him, after Lockhart pushed him out as director, Saul spent much of his time reconnecting with his wife, his former lieutenant and insisting to Carrie that it’s time to “pull down the shades and go home.” (But don’t worry: Mandy Patinkin is still on as a series regular; he’s not gone gone.)

4. But Majid Javadi is
With a new location, Javadi — and actor Shaun Toub — won’t be returning. Even though it turns out that everyone except Saul was wrong about the Iranian intelligence official who masterminded the plot to bomb CIA headquarters, and who was then turned into an American asset inside Iran because he’d been stealing money from the government. Javadi followed his every assignment up through the finale, helping Brody to kill the IRGC head before exerting his increased influence to make Iran more pliable to America’s (beneficent) influence.

5. More Fara Sherazi
Some called her “Carrie 2.0,” but Nazanin Boniadi’s up-and-coming analyst, the newest member of Saul’s crew, should have plenty of things on her own plate now that Boniadi has been promoted to series regular. Fara may be much stabler than Carrie, but she’s also greener in the field. (Carrie’s longtime compatriot Peter Quinn will also be in the mix, having sailed through the end of season 3 mostly unscathed.)

6. Carrie gave birth between seasons
…And the kid isn’t with Carrie.

No, we don’t know what any of this means. What we do know: Homeland returns to Showtime on Oct. 5 at 9 p.m. 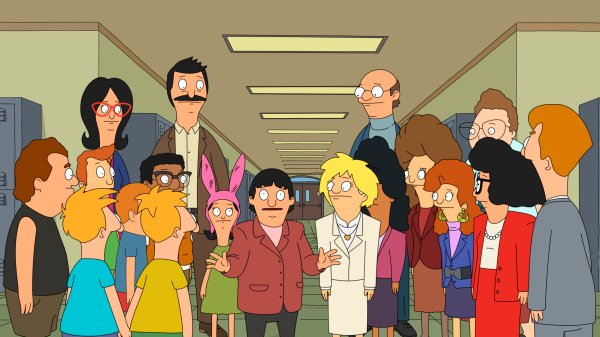