Plagues on the Poor: What Ebola Can Learn From Malaria

Our highest ranked public health officials have answered questions about Ebola. Most come from reporters centering on who dropped the ball, and why no treatment exists. Thomas Frieden, director of the Centers for Disease Control and Prevention, has tried to give the real answer: Don’t blame a lack of drugs, or bad practices at the World Health Organization; blame the absolute lack of good public health for people in poor countries.

Famous experts, ranging from Paul Farmer to Jeffery Sachs, have tried to use reason to show why investments in clinics go further to stop diseases like Ebola than do investments in vaccines and drugs. Their arguments are simple: build clinics and train medical staff to care for people, and they will be competent to tackle whatever problems emerge. (The teach-a-man-to-fish argument.) If such a clinic existed in the rural village in Guinea where the current outbreak’s original case of Ebola broke, its staff could have advised the community on how to contain the infection. That didn’t happen, and now the CDC is predicting a million infections by January.

The U.S. commits roughly $9 billion annually to global health programs that target infectious diseases that spread in poor countries like Liberia, Sierra Leone and Guinea—the three now experiencing the worst Ebola outbreak ever. More than 75 per cent of that goes to treating three diseases: malaria, HIV and tuberculosis, with the vast majority of that going to drugs and vaccines. That’s three diseases, over $6 billion dollars, from one country. By comparison, the percentage going to in-country capacity for delivering good health care is miniscule.

No better rubric illustrates why Ebola spread so rapidly and uncontrollably. This Ebola outbreak has taught us that the world needs—right now—a redistribution of global health funding that places a much higher priority on infrastructure, not new medications.

Policy makers are trapped, tied to drug and vaccine development, even though these technologies are too imperfect to eradicate their target diseases. They require huge investments up front and large clinical trials that use people like guinea pigs, only to be neutralized by resistance.

This paradigm has held since it was first cast during World War II. Malaria, at the time, had crippled forces in the Pacific and Mediterranean theaters. A half million troops contracted the disease, mostly in the first two years of America’s role in the war. In response, the U.S. government launched the largest effort ever made to fight a single disease. Thousands of psychotic patients, incarcerated criminals, and even soldiers were used as human guinea pigs to test a hundred of the best compounds—out of 14,000 made. From these trials emerged a new malaria drug called chloroquine.

This so-called “miracle cure” was used after the war in the World Health Organization’s first attempt to control a single disease, malaria. From the 1950s to 1970, through the WHO Global Malaria Eradication Programme, people in poor countries took chloroquine like aspirin. Broadly used against the world’s most prevalent infectious disease, it is today credited with saving more lives than any synthetic drug ever made. But chloroquine failed to solve the malaria problem because nature found a way around it—the parasites that cause the disease developed resistance. This is the fate of every drug ever made to fight malaria.

Before the war, the U.S. fought this mosquito-borne disease through anti-poverty programs and health care delivery, including relocating people from swamps and into homes with screens. Yet chloroquine changed that. Despite loud objections from experts, policy makers chose the easier option, and they continue to do so today. Global health programs rely heavily on drug and vaccine development, and building capacity to deliver them to the infected—be it malaria, TB, HIV, or the so-called neglected tropical diseases, like schistosomiasis, filariasis, leischmaniasis, dengue, chagas and others.

Ebola is the newest plague on impoverished people; and now it’s the latest silo for targeted spending for drug development and delivery. But while its characteristics are far scarier than the others, Ebola has one thing in common with them all: it spreads best where people lack basic health care.

Redirect global health programming to build health care infrastructure for disease prevention—not just capacity for drug delivery—and wealthy countries will get more for the money. They will also target all at once HIV, TB, malaria, the neglected diseases, Ebola, and the next scary infectious disease to emerge from the caves.

Karen M. Masterson is the author of The Malaria Project: The U.S. Government’s Secret Mission to Find a Miracle Cure, out next week. 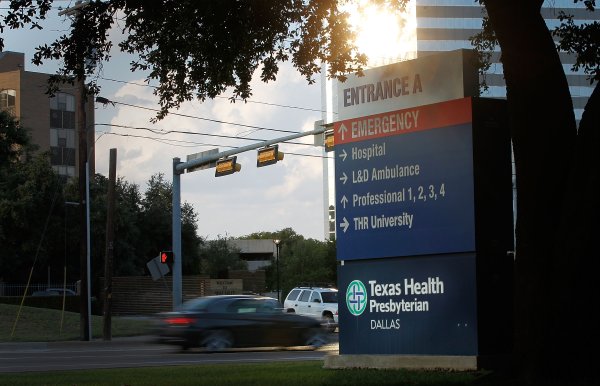 100 People on Ebola Watch
Next Up: Editor's Pick