GoldieBlox Will Have a Float in Macy's Thanksgiving Day Parade

GoldieBlox, the engineering toy company for girls whose promotional video went viral last year, will have its own float in this year’s Macy’s Thanksgiving Day Parade. “The Girl-Power Spinning Machine,” which is designed to showcase engineering principles, will float down the streets of New York City alongside beloved floats like Snoopy, Garfield and Spider-Man.

Debbie Sterling, CEO of the company, has long had a mission to close the gender gap in the STEM fields (science, technology, engineering and math). Even though these are the fastest-growing careers in the country, studies show that girls lose interest in STEM as early as age eight. “When I spent time with families to observe how boys and girls played, I found that with construction toys, girls were asking, ‘Why are we building it?’ or ‘Why should we care?’” Sterling told TIME last year. “So my aha moment for how to appeal to girls was to kind of toss out the instruction manual and instead write stories about this girl engineer. She builds things to solve problems and help her friends.”

So she created the character of Goldie, a smart young woman who makes mistakes and learns from them. Storybooks that come with the construction toys tells the story of why Goldie needed to build the machine — to help herself, her pets and her friends. Since launching a Kickstarter campaign last year, GoldieBlox has exploded onto the toy market: they’re now available at Toys ‘R’ Us, Amazon and more than 1,000 local retailers. And now they have a float with a positive message to boot.

“I hope that every girl that watches GoldieBlox in the parade this year gets that excitement about not just wanting to be the princess on the float, but really engineering her own and that she can build anything,” Sterling says in the video announcing the project.

Here’s a sketch of the float: 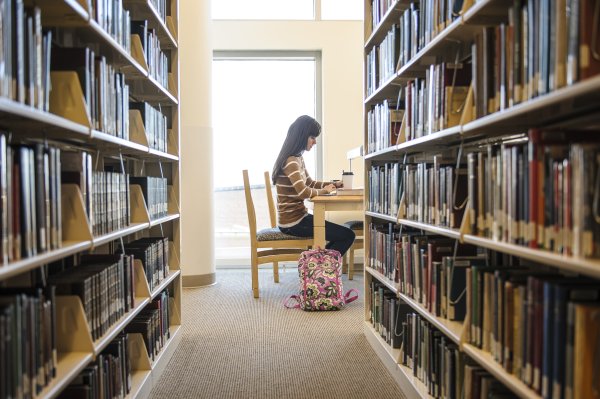 Why Women's Colleges Are Admitting Men
Next Up: Editor's Pick