How Much Money Does Your Doctor Get From Medical Companies?

Doctors received $3.5 billion from pharmaceutical companies and device makers over a five month period in 2013, according to figures the federal government released this week. The massive dataset includes 4.2 million individual payments made to physicians (including dentists) for things like meals, consulting fees and royalty payments for devices they have helped invent. The new data includes 360,000 doctors by name.

In the days leading up the release of the information, physician groups mobilized to argue that the data, which the 2010 Affordable Care Act mandates be disclosed, is incomplete and misleading. For their part, the Centers for Medicare and Medicaid Services, which oversaw the release, states that, “Just because there are financial ties doesn’t mean that anyone is doing anything wrong.” CMS withheld the names of the recipients on 40 percent of the payments over concerns about data quality.

Using the following tool, you can search for any physician in the database by last name and see any gifts, consulting fees, paid travel, or other payment he or she received between August and December of 2013.

Critics of this sort of disclosure are quick to point out that there are many positive benefits to relationships between drug and device companies, which produce new life-saving treatments every year, and the doctors who get those treatments to patients who need them. Meanwhile, some research suggests that even cursory relationships with industry do affect a doctor’s behavior.

Among those doctors who were identified, orthopedic surgeons were by far the most compensated. They account for 11 of the 18 physicians who received over $1 million over the five covered months in the data:

While the reason for the prominence of orthopedic surgeons at the top of the list varies for each doctor, orthopedic surgery often involves cutting edge devices for things like knee and hip replacements, many of which are exceedingly expensive. In some cases, doctors are receiving thousands of dollars in royalties for these devices because they have a stake in the intellectual property rights. (This is separate from owning part a stake in the company itself, which is reported separately.)

The picture of which pharmaceutical company pays doctors the most is less clear because payments are often recorded under the name of the subsidiary company making the payment. DePuy Synthes, a subsidiary of Johnson & Johnson that manufactures orthopedic and neurosurgery devices, tops the list of companies making payments to doctors during the period with $34.5 million. Arthrex, Inc., a manufacturer of orthopedic surgical supplies, came in second with $15.5 million. Astra Zeneca and Pfizer are also among the top 10 with $15.3 million and $10.01 million respectively. This analysis does not include anonymized payments.

Of all payments, $109 million is documented as “compensation for services other than consulting, including serving as faculty or as a speaker at a venue other than a continuing education program.” Consulting fees accounted for $91 million. Food and beverages accounted for $57.4 million, and travel and lodging accounted for $45 million. Because the disclosures require that the location of travel be disclosures, we are able to build a picture of where companies like to fly doctors for conferences, speeches, meetings, and other events:

Data that was withheld because of unresolved disputes will be published in future disclosures. 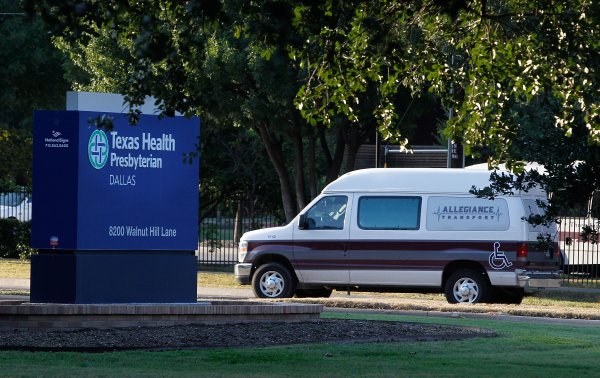 80 Monitored for Ebola
Next Up: Editor's Pick