Derek Jeter speaks to the media following his last career game against the Boston Red Sox at Fenway Park on September 28, 2014 in Boston.
Jim Rogash—Getty Images
By Sean Gregory

Oh, so that was it. For 20 years, Derek Jeter was one of the most boring athlete interviews in history. We now know why: he was apparently saving the good stuff for retirement — and he’d like to make a little money off it to boot.

Just three days into his post-baseball life, Jeter has stolen some attention from this year’s postseason with the announcement that he’s now the “founding publisher” of a new website, The Players’ Tribune. The conceit: a site where athletes can connect directly with fans, unfiltered, presumably at more than the 140 characters than Twitter currently offers.

“The Players’ Tribune aims to provide unique insight into the daily sports conversation and to publish first-person stories directly from athletes,” says a brief mission statement on the site. “From video to podcasts to player polls and written pieces, The Tribune will strive to be “The Voice of the Game.”

“I’m not a robot,” Jeter writes in an introductory note. So why did he often come across as one? “I realize I’ve been guarded. I learned early on in New York, the toughest media environment in sports, that just because a reporter asks you a question doesn’t mean you have to answer. I attribute much of my success in New York to my ability to understand and avoid unnecessary distractions. I do think fans deserve more than “no comments” or “I don’t knows.” Those simple answers have always stemmed from a genuine concern that any statement, any opinion or detail, might be distorted. I have a unique perspective. Many of you saw me after that final home game, when the enormity of the moment hit me . . . We all have emotions. We just need to be sure our thoughts will come across the way we intend.”

The irony of Derek Jeter, distruster of media, starting a media business is outright comical. (My colleague Jack Dickey nails it here on Twitter). Jeter’s pitch is that the site has “no filter.” But don’t expect real honesty here. Twitter already works too well for that. The reason athletes tend to spout their true feelings — which they often wind up regretting — on Twitter is that Twitter doesn’t give people time to think. The whole operation — the 140-character limits, the endless chatter on your timeline — thrives on quick outbursts. Athletes aren’t going to thoughtfully air grievances with teammates on Derek Jeter’s website, which will apparently be staffed with editors. The editorial process will slow things down, and discourage spontaneity. It gives publicists time to get involved. Readers don’t want glorified press releases.

A certain type of story, however, does offer a win-win proposition to both athletes and fans. Athletes like talking about their craft. And sports geeks like reading about it. If Derek Jeter offers deep insight into how he pulled off all those jump throws, for example, that’s safe stuff for him — nothing remotely controversial about it. And readers benefit. Baseball lovers would eat it up. Parents can share Jeter’s tips with their kids.

(Quick: what are the two most-viewed video clips on TIME’s YouTube channel? Number one — by over a million views — Kobe Bryant offering hoops tips. Number two: Novak Djokovic explaining his serve and giving other insights on his game.)

So I, for one, look forward to seeing what Jeter cooks up. And if it takes a boring athlete to make an athlete-bylined website compelling, so be it. And who isn’t ready for more Jeter right now anyway? 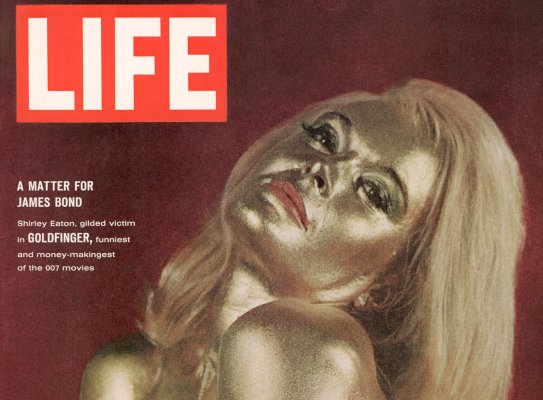