Drag queens Lil Miss Hot Mess, left, and Sister Roma listen to comments about their battle with Facebook during a news conference in at San Francisco City Hall on Sept. 17, 2014
Eric Risberg—AP
By Katy Steinmetz

A coalition of LGBT rights advocates met with Facebook representatives at the company’s Menlo Park, Calif., headquarters on Wednesday morning, demanding change to the company’s treatment of their profiles. In recent weeks, many drag queens — people who may go by names like Lil Miss Hot Mess rather than the male-identifying names they were given at birth — said their accounts were suspended because Facebook demanded that they use their “legal names” on their profiles.

While Facebook did acknowledge “the hardship that we’ve put [such users] through in dealing with your Facebook accounts over the past few weeks,” the company also said their policy was never to require legal names — simply “authentic ones.” In a post, chief product officer Chris Cox affirmed that when it comes to members of the LGBT community, the company considers “authentic” names to be whatever those users go by in daily life, regardless of what is scrawled on their birth certificate.

Cox blamed the suspensions on company protocol for dealing with profiles that are reported as fake. Many transgender users and well-known drag queens in the San Francisco community, such as local icon Sister Roma, were among “several hundred” people to have their accounts reported, he said. (He did not name the individual who did the reporting.) Their policy has been to suspend the profile until the user submits some form of identification that matches the name on the page.

David Campos, a member of the San Francisco Board of Supervisors, was the lead negotiator for those wanting a fix. He said that in correspondence with affected users, Facebook did in fact use the language “legal name” when asking for identification. But even if there is confusion over the details, Campos emphasized to TIME repeatedly that his group was very happy with the outcome of Wednesday’s meeting.

“It was an extremely productive meeting. Drag queens spoke and Facebook listened,” Campos said while driving back from Menlo Park. “Both sides actually agreed on the idea that the objective was for people to use their real name, and that doesn’t always mean legal identity.”

Campos said the meeting started with Facebook apologizing (as the post put up after the meeting does), which is not how their first meeting with Facebook representatives went two weeks ago. “There wasn’t even an acknowledgment that the policy was flawed,” he said. The company’s slow reaction time gave users a chance to flock elsewhere for their online socializing, to places like new social network Ello. The inaction also appeared at odds with the great lengths the company has gone to prove that their site is an inclusive place, notably adding some 50 options for gender identity in February.

In a previous statement issued on Sept. 12, Campos explained why the name issue is such a big one for some LGBT users: “Facebook may not be aware that for many members of the LGBT community the ability to self-identify is a matter of health and safety. Not allowing drag performers, transgender people and other members of our community to go by their chosen names can result in violence, stalking, violations of privacy and repercussions at work.”

On Wednesday, Campos’ group expanded their argument, emphasizing that though “drag queens have become the face of the issue,” there are many demographics that might have a legitimate reason not to use their legal name on their profile, such as victims of violence, political dissidents or even high school teachers who don’t want students checking up on them.

Facebook promised that a “technical fix” would be coming, Campos said, though there was no exact timeline or decision about what a new process or feature might look like. In his post, Cox emphasized that in “99 percent” of cases, fake-name reports signal “bad actors doing bad things,” such as bullying, trolling and espousing hate speech. He also said that the system needs a way to weed out the one percent.

“We see through this event that there’s lots of room for improvement in the reporting and enforcement mechanisms, tools for understanding who’s real and who’s not, and the customer service for anyone who’s affected,” he said. “We’re taking measures to provide much more deliberate customer service to those accounts that get flagged so that we can manage these in a less abrupt and more thoughtful way.” 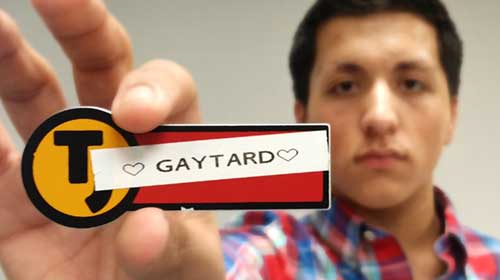