This Is the Most Sexist Republican Ad of the Year

In case there is any debate about whether 1) Republicans really want young women on board for the midterms and 2) they’re confused about how to do it, the College Republican National Committee ad for Rick Scott (produced, ironically, by women) will settle the question once and for all.

The ad features Brittany, a young undecided voter, who appears to be shopping for a wedding dress, but she’s actually shopping for candidates for the Florida Governor’s race, get it? Because women don’t like dirty old politics, women like wedding dresses!

She has her heart set on the “Rick Scott” wedding dress, because “Rick Scott is becoming a trusted brand — he has new ideas that don’t break your budget.” But then, frumpy old mom chimes in with some Democratic drivel and tries to get her to buy an ugly dress with sleeves called “Charlie Crist.” The ugly dress comes with “additional costs” like “$2 billion in taxes, $3.6 billion in debt, and 15% tuition increases” which are represented, of course, by an ugly veil, ugly sash, and ugly necklace. Because veils are easier to understand than debt, obviously.

And we wonder why women think Republicans don’t get them. 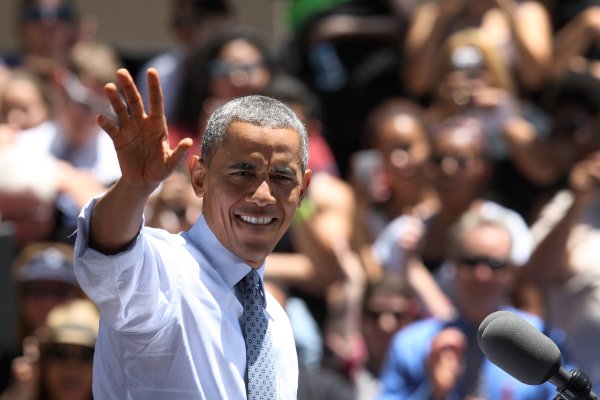 President Obama, Please Stay out of California
Next Up: Editor's Pick