Review: Mulaney Does Its Homework Too Well

Mulaney (Fox, Sundays) seems like something a dutiful student might have produced for his final project in his “Tropes and Themes in the 1990s Sitcom” class.

It hits every item on the syllabus. It’s shot before a live studio audience. There’s the polished young comedian (John Mulaney) that the show is built around. There are the observational-comedy standup bits that he does to introduce each episode. There are the friends and roomies to bounce around jokes, introduce possible romantic tension and bolster said comedian’s questionable acting ability. (As per the chapter on Seinfeld, the optimal size for the social group is four, including one woman and a “Kramer” type.) There’s an eccentric old guy down the hall (Elliott Gould). Heck, he even did the extra credit: there’s also a showbiz-workplace element involving a wacky boss (Martin Short)!

This highly constructed diorama of a show has a lot of superficial elements of classic TV comedy. (Fox may want to make its lower-screen graphics prominent during Mulaney, just so viewers are aware they’re not watching TV Land.) What it doesn’t have is an original voice, organic character relationships or near enough laughs.

It’s not as if Mulaney, a comedian and former Saturday Night Live writer, isn’t funny himself. The standup bits that open the four episodes Fox sent for review prove he is, especially when the babyfaced 32-year-old riffs on not yet feeling like an adult or living with his Catholic-inculcated repression. Visiting a masseuse who asks him to “undress to your comfort level,” he says, “I put on a sweater and a pair of corduroy pants.”

But Mulaney the character (also a 30-ish comic), as played by Mulaney the actor, is distractingly like Mulaney the comedian–he doesn’t act so much as deliver highly mannered standup while sitting down. And the pieces of other sitcoms that have been smooshed together around him feel just as awkward and forced. He and his roomies Jane (Nasim Pedrad) and Motif (Seaton Smith) have a friends-who-don’t-actually-seem-like-friends vibe. Their fourth, small-time pot dealer André (Zack Pearlman), is at least meant to be irritating, but whenever his character arrives at Mulaney’s apartment door–”It’s André!”–he seems to have walked through a sitcom portal from 1992.

Onto this young-folks-figuring-it-out comedy is grafted a workplace sitcom, as Mulaney takes a job as a writer-assistant for vain game-show host Lou Cannon (Martin Short). Short is easily the best thing in the sitcom, and the egocentric old-showbiz Cannon is written straight to his type. But not unlike the Maya Rudolph TV-show subplot written into NBC’s Up All Night a few years ago, his bits don’t really feel like part of the same show, much as Mulaney works to force them together.

There is something charming about Mulaney’s affection for sitcoms past; besides Short and Gould, it guest-casts Penny Marshall (along with Lorraine Bracco) in an upcoming episode as a pot-fancying neighbor. There’s nothing necessarily wrong with Mulaney being the sitcom equivalent of the nice schoolkid who’s the favorite of all the parents. But it hasn’t figured out its own point of view, the thing that tells us we need to watch it rather than the reruns of the sitcoms that it’s honoring.

It’s in John Mulaney’s standup bits, thus far much funnier and authentic-feeling than anything in the scripted parts of Mulaney, that you get a hint of what that might be. There’s a theme in them of the nice guy with the dark turn of mind, self-conscious about his need to please, dealing with the stresses of being a repressed guy in an increasingly un-repressed culture. If Mulaney the sitcom figures out a way to adapt the voice of Mulaney the comic, it could become something more than an homage.

Right now, its problem is summed up by Lou Cannon in the pilot, when Mulaney promises he’ll work hard if only the veteran will give him a chance in showbiz: “That sincerity will take you right to the middle.” 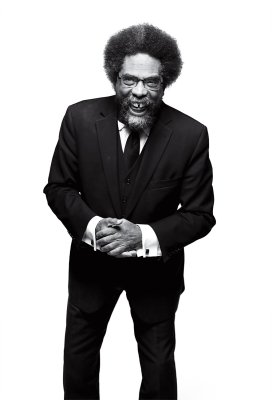 10 Questions with Cornel West
Next Up: Editor's Pick