How Moodiness and Jealousy May Lead to Alzheimer's

We’re familiar with many of the brain-related factors that can contribute to Alzheimer’s disease—letting thinking networks go inactive, putting off exercise and healthy eating, having few social connections, enduring head injuries and genetic factors. But what about personality? Can the way you look at the world affect your risk of developing the neurodegenerative disorder?

Dr. Ingmar Skoog, professor of psychiatry and director of the research center on health and aging at the University of Gothenburg believes the answer is yes. In a paper published in the journal Neurology, he and his colleagues show that women with certain personality characteristics in middle age were twice as likely to have Alzheimer’s nearly 40 years later.

“Getting Alzheimer’s disease is some sort of sum of a lot of different damages to the brain, and different things happening to the brain,” he says. “[Personality] is one of them.”

Specifically, a suite of features linked to what mental health experts call neuroticism showed the strongest connection to Alzheimer’s. Skoog and his colleagues tapped into a database of health information involving 800 women who were 38 years to 54 years old in 1968, when they filled in personality questionnaires and agreed to come in periodically to evaluate their cognitive functions. The personality evaluation placed women on a spectrum of neuroticism and extraversion; those showing more neuroticism included women who reacted more emotionally to events and experiences, worried more, showed lower self esteem and were more likely to express jealousy, guilt and anger. Those who were more extroverted showed high levels of trust, gregariousness and fewer emotional peaks and valleys.

MORE: New Insight On Alzheimer’s: What Increases Your Risk

At each of the four follow ups over the next 38 years, the women reported their stress levels—and women with higher neuroticism scores consistently showed higher levels of stress than those with lower scores.

Skoog believes that stress is the linchpin between the personality traits and Alzheimer’s dementia; previous studies have connected stress to dementia, and he says that the neuroticism characteristics are highly correlated to stress. “It seems like the personality factor makes people more easily stressed, and if people are more easily stressed, then they have an increased risk of dementia,” he says.

What’s more, when he controlled for the effect of stress, the association between neuroticism and Alzheimer’s disappeared, strengthening the idea that personality may lay a foundation for being more vulnerable to the effects of stress. Higher stress, particularly if it’s persistent as it is with certain personalities, can bathe the brain in hormones like cortisol. Those can damage blood vessels and cells in the brain that can then make Alzheimer’s more likely.

MORE: Scientists Are Getting Closer to a Blood Test for Alzheimer’s

The results hint that people can lower their risk of Alzheimer’s not just by keeping the brain active and improving social connections, as earlier work suggests, but by addressing stress-related personality factors as well. That, however, may require being aware of your later Alzheimer’s risk as early as during childhood, when personalities are forming. “Personality is something that occurs early in life, but you may be able to do something about it,” says Skoog. Especially when it comes to stress and how people respond to stress, interventions such as psychotherapy, for example, can help people to cope in healthier and less harmful ways.

He doesn’t believe that addressing stress and traits like jealousy and worry alone will protect a person from developing Alzheimer’s, but, he says, “it’s important to try to find as many factors as you can that contribute to common disorders. The more factors we can do something about, the more we can reduce risk quite substantially.” 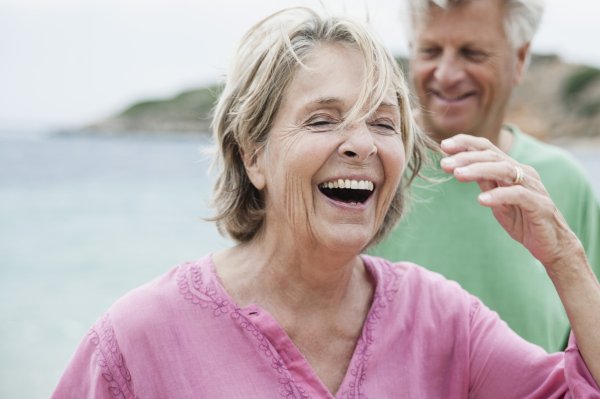 Norway Is the Best Place to Grow Old
Next Up: Editor's Pick