In this Sept. 27, 2014, photo, two men stand in the atrium of the Biomuseo, designed by world-renowned architect Frank Gehry, in Panama City
Arnulfo Franco—AP
By Elizabeth Barber

The Biomuseo — a hodgepodge of bright-colored metal canopies swopping over the eight galleries inside — presents a tour of the Central American nation’s rich, diverse ecosystems, the BBC reports.

The building itself “was designed to tell the story of how the isthmus of Panama rose from the sea, uniting two continents, separating a vast ocean in two, and changing the planet’s biodiversity forever,” the museum’s website says.

Gehry’s other high-profile works include the Guggenheim museum in Bilbao, Spain, and the Walt Disney Concert Hall in Los Angeles.

The BBC reports that the project has been beset by budget overruns and delays since work began on it in 1999. 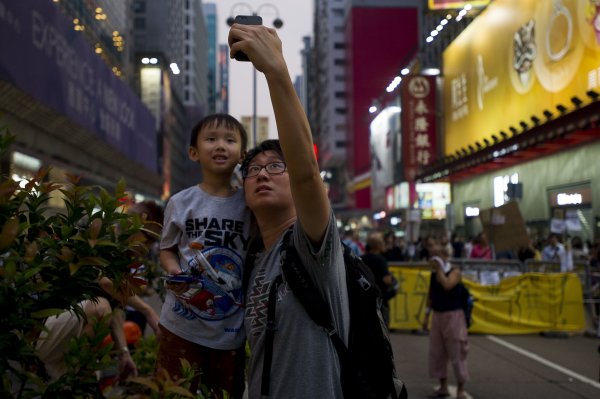 Hong Kong Protestors Hit by Spyware
Next Up: Editor's Pick