Ebola in the United States: What You Need to Know

The Centers for Disease Control and Prevention has long maintained it would be possible for Ebola, which has claimed thousands of lives in West Africa since March, could make it to the United States. When Thomas Eric Duncan became the first case diagnosed in the U.S., in Dallas, TIME put together a list of basic facts everyone should know about the virus. Those facts haven’t changed. Here’s what you should know:

Can I get Ebola?
No one is immune to Ebola, but that being said, the only way Ebola is transmitted is through bodily fluids like vomit and diarrhea and blood. You really have to be up close and personal with an Ebola patient to be at risk for contracting the disease, which is why, so far anyway, Ebola has spread primarily among family members of the infected as well as those caring for them. It’s not easy to catch Ebola, especially since it does not spread through the air.

But I heard it could spread through the air.
A renowned infectious disease expert named Michael Osterholm wrote an opinion piece in the New York Times that said airborne Ebola is possible if the virus mutates enough. As TIME reported in the past, anything is possible with viruses, but there are many other mutations that are more likely than a change in the mode of transmission—meaning how you catch it. For instance, a virus could become more virulent—more contagious—or could develop incubation periods that are longer than the current estimate of 21 days. But in general, scientists are not very concerned about that.

What’s the likelihood it will spread in the U.S.?
Not very, though the patient’s direct contacts must be screened. On Tuesday, director of the CDC Dr. Tom Frieden said in a press conference: “The bottom-line here is I have no doubt that we will control this case of Ebola so that it does not spread widely.” The CDC has consistently said that given the quality of the U.S. health care system, it’s very unlikely that there will be significant spread of the disease on U.S. soil. Any hospital in the U.S. with an isolation unit—which is most of them—has the ability to isolate a person with Ebola as well as treat them with supportive care. Even though Ebola has no cure, monitoring patients’ heart rates and providing fluids and electrolytes can go a long way. For instance, if a patients’ potassium plummets, doctors in the U.S. can replenish it fairly easily. That’s a different situation from West Africa, where health care workers are dealing with a significant lack of resources and less sophisticated equipment.

But could there be more cases?
It’s certainly possible. This is not the first time Ebola has crossed borders via air travel. Nigeria’s outbreak started when a Liberian-American man infected with the disease traveled from Liberia to Nigeria. That same patient was en route to Minnesota. In a press conference on Tuesday, Dr. Frieden said: “As long as the outbreak continues in Africa, we need to be on-guard.” The CDC has been working for months with U.S. hospitals to make sure they feel prepared to handle any cases of Ebola by informing hospitals about the warning signs, as well as what kind of protective equipment they should wear.

Are the people on the plane at risk?
That’s highly unlikely. Ebola is only contagious when a person starts exhibiting symptoms of the disease, like a fever. And even then, a person can only contract the disease from direct contact with bodily fluids. The patient with Ebola in Dallas did not start exhibiting symptoms until four days after landing in the U.S., which means it’s extremely unlikely people on his plane are at any risk.

Why did the Dallas hospital originally send the patient home?
Though we don’t know the hospital’s reasoning, we do know that Ebola presents similarly in the beginning to other diseases, like malaria for instance. It’s possible the health care workers thought it was something else. After all, Ebola has never arrived in the U.S. before. The CDC said they are also unsure how the patient got infected. A health care worker traveling home from Liberia would likely set off more red flags. The CDC has still been prepping the U.S. health system for the possibility, which is why we’ve had so many false alarms.

Should I be freaking out?
The CDC and the Texas Department of Health are confident that Ebola will be contained in the U.S., and if the current patient’s health is similar to that of other infected people evacuated into the U.S., they have a better shot at survival. The disease’s high mortality rate in West Africa is largely due to the state of the health care systems in Sierra Leone, Liberia and Guinea, as well as overcrowding and lack of resources.

So what’s the bottom line?
The Ebola outbreak as a whole is terrifying, with over 3,000 dead and the worst yet to come, according to reliable predictions. The new case is a reminder that an infectious disease outbreak like Ebola truly is a global health emergency.

Read next: Ebola Advice From Atlanta and Nebraska Doctors Fails to Ease Fears 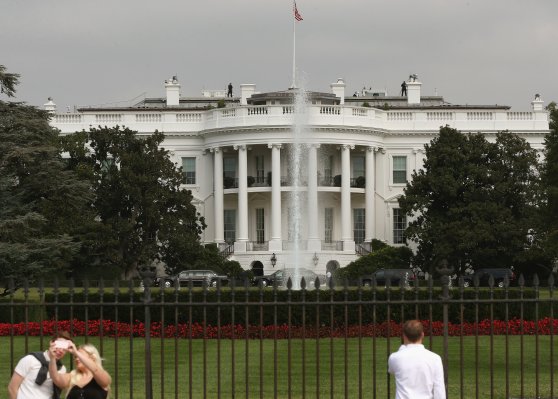