Here's Why Thousands of Walruses Are Gathering on Alaska's Shore

Approximately 1500 walrus gather on the northwest coast of Alaska on Sept. 23, 2014
Corey Accardo—NOAA/AP
By Jack Linshi

Nearly 35,000 walruses were discovered this month on a northwest Alaskan shore as result of being unable to find sea ice to rest upon, a problem aggravated by climate change, the National Oceanic and Atmospheric Administration (NOAA) said.

The marine mammals use sea ice as diving platforms to hunt for food in shallow areas, or as resting points to avoid long, exhausting swims. While it is normal for sea ice to recede into deeper parts of the Arctic Ocean as temperatures warm in the summer, in recent years the ice has moved even further.

According to the World Wildlife Fund (WWF), the accelerated loss of sea ice is associated with climate change, in which open water absorbs more heat and speeds up the melting process. WWF estimated that Arctic ice loss was 3.5 to 4.1% each decade between 1979 and 2012.

The habitat destruction has contributed to large groups of walruses arriving on shore. Walrus gatherings were first spotted near Alaskan shores in 2007, and they returned in 2009 and 2011, experts at the NOAA said.

“The walruses are telling us what the polar bears have told us and what many indigenous people have told us in the high Arctic,” Margaret Williams, managing director at the WWF, told AP. “And that is that the Arctic environment is changing extremely rapidly and it is time for the rest of the world to take notice and also to take action to address the root causes of climate change.” 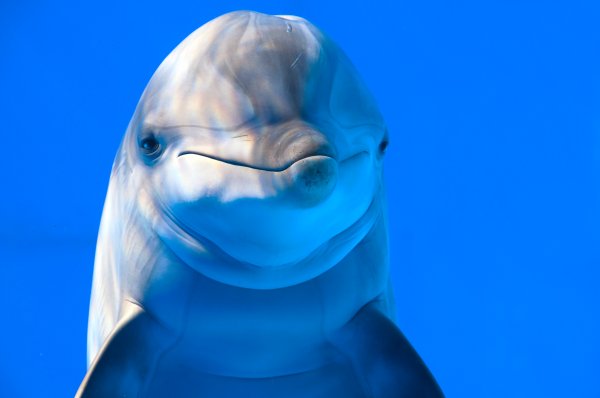 Dolphins Are Apparently Attracted to Magnets
Next Up: Editor's Pick