How 2014 Became the 'Gotcha' Election

Illinois Republican gubernatorial candidate Bruce Rauner speaks at an event where he was endorsed by a group of African American ministers on Sept. 22, 2014, in Chicago.
M. Spencer Green—AP
By Alex Altman

The story starts with chickens.

Last spring, four hens wandered from an adjacent property onto the lawn of Iowa Democratic Rep. Bruce Braley’s lakeside vacation home. Irked by the smell, the Braleys brought the issue to the local homeowners’ association, whose lawyer got involved. No lawsuit was filed, and the neighborly squabble might have ended there—were it not for an enterprising Republican researcher who caught wind of the dispute.

To the GOP, the chickens were a gift. Republicans were looking for ways to attack the character of Braley, the early front-runner in the fight for the Iowa Senate seat being vacated by Democrat Tom Harkin. In short order, the GOP had built a website chronicling the Great Chicken Affair. Operatives handed out giveaway rubber-chicken stress balls to visitors at the Iowa State Fair. The conservative Super PAC American Crossroads cut a Web ad tweaking Braley’s brusqueness. “A true Iowan would have just talked to his neighbors, but not trial lawyer Bruce Braley,” the ad crowed.

The episode cemented a storyline Republicans had been pushing for months: that Braley might be something of a litigious jerk. The suggestion was sparked by an earlier opposition-research score—a video, captured by a conservative tracker, in which Braley questioned whether the state’s Republican Senator, Charles Grassley, would be a suitable Senate Judiciary Chairman given his lack of a law degree. Knocked off kilter, the Democrat’s campaign hasn’t fully recovered: Braley, once a strong favorite, has fallen behind GOP challenger Joni Ernst in recent polls.

Fowl play can make the difference in a close election, and in 2014, it might even determine who controls the Senate. Like Iowa, many of the country’s most important races have been dominated by an emphasis on petty issues and an absence of substantive policy debates. In an election about nothing, one of the dark arts of campaign combat—opposition research, or “oppo” in political parlance—has taken center stage.

Opposition research has become “a lot more important,” says Jeff Patch, the freelance researcher who broke the story of the stray chickens, and who has since become the communications director of the Iowa GOP. “It’s increasingly the way that tech and media play a role in campaigns.”

Growing armies of opposition researchers, employed by campaigns, the two parties and their allies, have exploited a diminished media’s appetite for dishy stories by feeding reporters tips that reshape close contests. It can be hard to determine which hits are the result of journalistic spadework and which are uncovered by outside mercenaries. But many of the most consequential revelations this year have oppo written all over them.

Montana Democratic Sen. John Walsh dropped his re-election bid after the New York Times revealed he had plagiarized sections of a paper he wrote at the U.S. Army War College. Plagiarism allegations have also rocked the campaign of Mary Burke, the Democratic gubernatorial candidate in Wisconsin. And they dinged GOP Senate candidate Monica Wehby, who also had to fend off a story that surfaced—with the help of a Democratic researcher—alleging she had “stalked” an ex-boyfriend. (No charges were filed in that incident.)

In Illinois, GOP gubernatorial candidate Bruce Rauner has wrestled with the revelation that he belongs to an exclusive wine club which costs up to $150,000 to join. In Georgia, Democratic Senate candidate Michelle Nunn was the victim of a leaked memo laying out the campaign’s political calculations in all their clinic ugliness.

In Louisiana, Democratic Sen. Mary Landrieu was the subject of a Washington Post investigation that noted she didn’t own a residence in the state and crashes with her parents on trips home. Similarly, the New York Times revealed that Kansas Republican Sen. Pat Roberts lives in Virginia and shacks up with a donor when he visits. Roberts managed to escape his primary with the help of an oppo hit that noted challenger Milton Wolf, a radiologist, had posted dead patients’ X-rays on Facebook.

Opposition research has been a “growing force” in national politics for some time, says political expert Norm Ornstein, a resident scholar at the American Enterprise Institute. “My guess is it seems more visible now because we have so many high-stakes, high-profile Senate races out there,” Ornstein says. “And because you have no shortage of incumbents who do bonehead things.”

Credit also goes to rival partisan research shops that were formed to fight in the trenches of oppo warfare. On the left, the dominant player is American Bridge 21st Century, a super PAC founded in 2010 by the liberal activist David Brock. In the 2014 cycle, American Bridge has an $18 million budget, which pays for 44 trackers in 41 states, plus more than 20 researchers in the group’s Washington office. It has caught Rauner on video opposing the minimum wage, captured Louisiana Republican Sen. David Vitter extolling the billionaire Koch brothers, and documented Michigan Senate candidate Terri Lynn Land arguing that women are “more interested in flexibility in a job than pay.”

“American Bridge has been at the forefront of using research and tracking to define Republican candidates,” says spokesman Jesse Lehrich. “As we have demonstrated time and time again, our extensive archive of video footage and army of researchers are here to ensure that Republicans from Terri Lynn Land to Bruce Rauner to Rand Paul are no longer able to hide.”

On the right, the top practitioner is a for-profit research firm called America Rising, which was created after the 2012 election by three top Republican operatives, including Mitt Romney’s campaign manager. Modeled partly after American Bridge, its goal was to close the oppo edge Democrats enjoyed in 2012 while amassing a research archive that could inform the party’s advertising campaigns.

The group has more than 30 researchers in its northern Virginia headquarters and nearly as many trackers roaming the country. Among its oppo hits this cycle are the original Iowa “lawyer” clip that created the Braley narrative and Senate Majority Leader Harry Reid’s off-color remarks about Asians. But its larger project, says America Rising PAC’s executive director Tim Miller, has been to build an opposition-research database that campaigns and super PACs can harness in ads and on the stump.

“You can hit gold on some of these opposition research hits, like we did with Braley, and have it be very impactful in the races,” Miller says, but “there’s a whole ‘nother level of work we’re spending a lot of time on, which is trying to make the paid media more dynamic.”

It’s no coincidence that the role of opposition research has increased as media outlets scale back their resources, and amid the constant churn of a 24-hour news cycle that covets juicy controversy over dry policy debates. With fewer reporters able to comb through transcripts or attend obscure events, outside mercenaries dig through through public records and feed scraps to eager journalists. American Bridge, for example, has filed more than 1,100 records requests this cycle.

This was the void that Patch, a freelance reporter turned party flack, was filling when he filed the chicken scoop. He got a tip, hopped in his car and drove to the Braleys’ vacation house on Holiday Lake in Brooklyn, Iowa. It took parts of three days on the ground for Patch to talk to canvass neighborhood residents, obtain relevant documents, and post his story on the website of The Iowa Republican. In many ways, it was basic journalism—and it offers a glimmer of hope that journalists can steer the political conversation back to more substantive matters.

But don’t count your chickens. 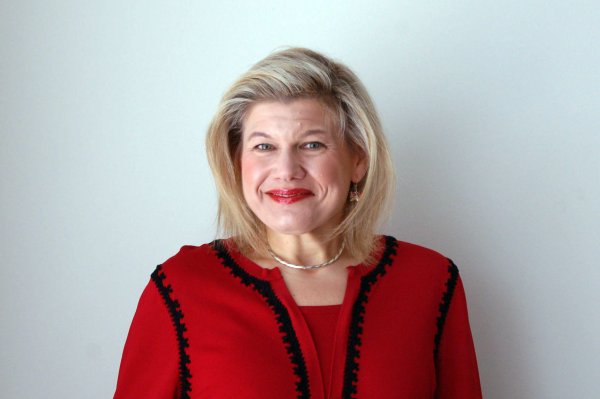 Georgia Libertarian Could Force Senate Run-Off
Next Up: Editor's Pick