The seal affixed to the front of the Department of Veterans Affairs building in Washington on June 21, 2013.
Charles Dharapak—AP
By Jack Linshi

The brains of 76 out of 79 (96%) of deceased NFL players showed signs of a degenerative brain disease, according to a study released Tuesday by the nation’s largest brain bank.

The Department of Veterans Affairs’ brain repository in Massachusetts, a collaboration between VA and Boston University’s CTE Center, found that the instance of chronic traumatic encephalopathy (CTE), a brain condition that causes dementia and other cognitive problems, was so high that it doubled the number of CTE cases previously reported by the institution, PBS reported.

Doctors at the brain repository have previously conducted research on brain tissue samples from professional, semi-professional, college and high-school football players. The rate of CTE, while lower than 96%, still remained high, at 80%.

The studies were made possible by football players who volunteered their brains for scientific research, because CTE can only be diagnosed posthumously, according to PBS. As a result, doctors who conducted the study said their sample may be skewed, as many volunteers donated their brains because when they were alive, they already suspected that they suffered from CTE.

Still, the findings have added fuel to heated discussions that football—both at professional and lower levels—may be linked to degenerative brain diseases like Alzheimer’s, as a recent study showed. The NFL has also come under fire for allegedly covering up the risks of head injuries and concussions, which are linked to individuals who suffer from CTE. 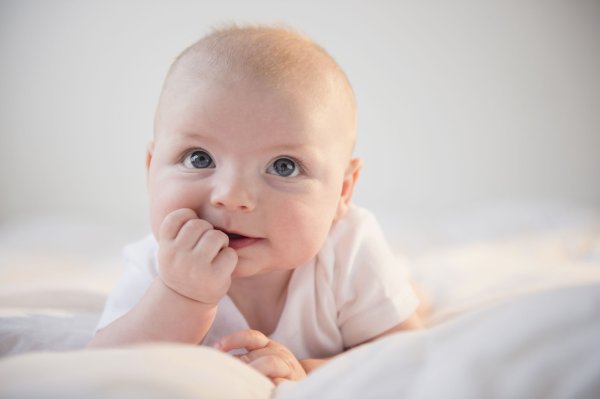 How to Improve a Baby’s Language Skills Before They Start to Talk
Next Up: Editor's Pick