This Map Shows That Disney World Has Grown Like Crazy

A few decades ago, it was incredible to imagine a theme park surpassing the size and scope of California’s Disneyland — but Walt Disney World, which opened on this day, Oct. 1, in 1971, did. “‘World’ is right,” TIME marveled in the Oct. 18 issue of that year, alongside a map of the new attraction. “The latest Disney enterprise, four years in the building, includes a spotlessly clean amusement area, two enormous and elaborate hotels with marinas and beaches, two championship-caliber golf courses, lavishly landscaped lakes and a futuristic transportation network linking everything.”

The article went on to praise the “futuristic unisex jumpsuits” worn by workers, the $4.25 roast beef dinner at Cinderella Castle and the skill of the lawyers who worked to make Disney World “in effect a city-state” with near complete control of what goes on on its property.

So we can only imagine how much ooh-ing and aw-ing there would have been if those writers in 1971 had gotten a load of this modern map of Disney World: 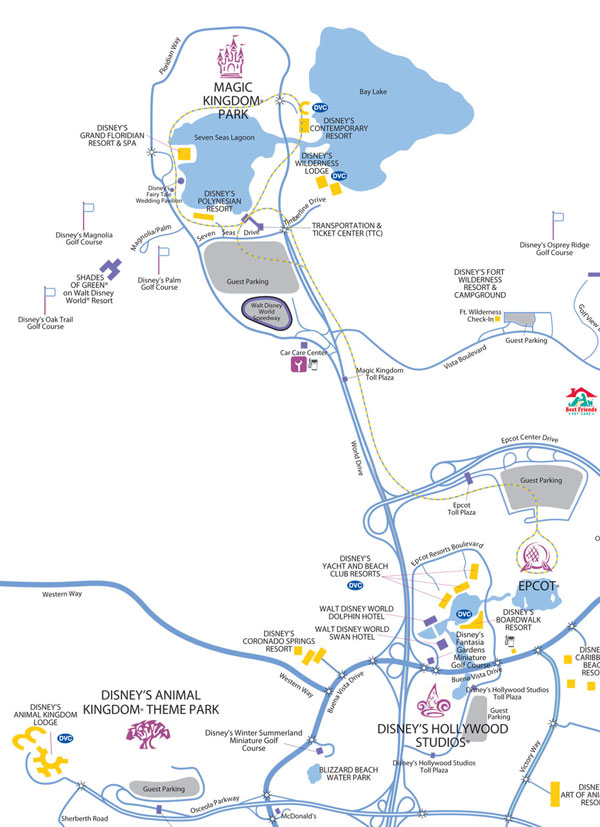 Everything included in the original map fits into the upper right-hand corner. Though the basic layout of the Magic Kingdom is unchanged, the resort — that’s Epcot, Animal Kingdom and rest of the whole shebang — now covers an area about the same size as San Francisco, by Today.com‘s count. But the craziest thing of all on that up-to-date map isn’t a new addition to the park; it’s that there’s still so much empty space into which it could still expand.

Read the 1971 article about the theme park’s opening, here in TIME’s archives: Pixie Dust Over Florida

Popples Get a Netflix Series
Next Up: Editor's Pick