A single-use plastic bag floats along the Los Angeles River in Los Angeles, California, U.S., on Tuesday, June 24, 2014. California grocers, who could realize $1 billion in new revenue from selling paper bags for a dime each, teamed up with environmentalists on a new push to make California the first state to ban plastic shopping bags. The retail and environmental lobbies, which backed many of 13 failed California bills since 2007 to curb or ban single-use plastic shopping bags, lost the face off against manufacturers of both plastic and paper bags who oppose restrictions on the sacks.
Bloomberg—Bloomberg via Getty Images
By Katy Steinmetz

The ban will go into effect in July 2015, prohibiting large grocery stores from using the material that often ends up as litter in the state’s waterways. Smaller businesses, like liquor and convenience stores, will need to follow suit in 2016. More than 100 municipalities in the state already have similar laws, including Los Angeles and San Francisco. The new law will allow the stores nixing plastic bags to charge 10 cents for a paper or reusable bag instead. The law also provides funds to plastic-bag manufacturers, an attempt to soften the blow as lawmakers push the shift toward producing reusable bags.

San Francisco became the first major American city to ban plastic bags in 2007, but the statewide ban may be a more powerful precedent as advocates in other states look to follow suit. The law’s enactment Tuesday marked an end to a long battle between lobbyists for the plastic bag industry and those worried about the bags’ effect on the environment.

California State Senator Kevin de Leόn, a co-author of the bill, called the new law “a win-win for the environment and for California workers.”

“We are doing away with the scourge of single-use plastic bags and closing the loop on the plastic waste stream, all while maintaining—and growing—California jobs,” he said. 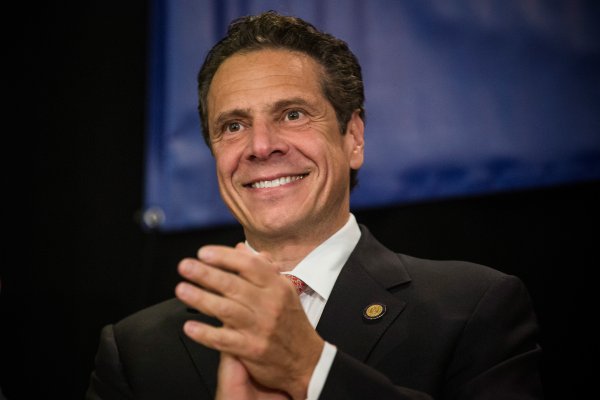