Science Explains Why Men Get Wasted Together

Male bonding over booze is a ritual as old as booze but modern science may have finally shed some light on why getting sloshed with your mates can seem like a particularly male pursuit.

Smiles are contagious in a group of men sitting around drinking alcohol, according to a study announced Tuesday in the journal Clinical Psychological Science. This suggests that booze serves as a social lubricant for men, making them more sensitive to social behaviors, like smiling, and freeing them to connect with one another in a way that a soda can’t.

Lest that strike you as laughably obvious, consider this: the effect does not hold if there are any women in the group, according to the study authors.

Researchers divided 720 “healthy social drinkers” — half men, half women, all ages 21 to 28 — into three groups. Each group received either an alcoholic drink (vodka cranberry, regrettably for any lab rats with refined taste, but so it goes), a placebo or a non-alcoholic drink. They found that, among men, smiles — and associated increases in positive mood and social bonding — tend to catch on, leaping from face to face, as it were, but only in exclusively male groups.

“Many men report that the majority of their social support and social bonding time occurs within the context of alcohol consumption,” said lead researcher Catharine Fairbairn. “We wanted to explore the possibility that social alcohol consumption was more rewarding to men than to women — the idea that alcohol might actually ‘lubricate’ social interaction to a greater extent among men.”

More importantly — get ready to never hear the end of this one, boyfriends and husbands of the world — researchers note that genuine smiles are perfectly contagious among sober women, just not sober men. A cold one merely evens the score for men, allowing them to catch smiles from each other, so long as there are no women present.

The authors don’t posit a guess as to why the presence of a woman keeps drunk men from catching smiles from one another, except to say that booze seems to disrupt “processes that would normally prevent them from responding to another person’s smile.” 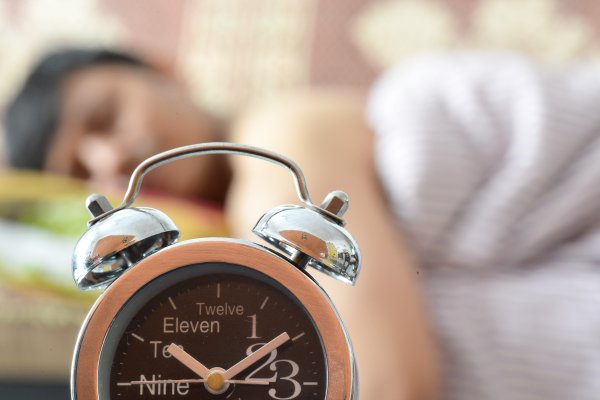 1 in 7 People Suffer From Being 'Sleep Drunk'
Next Up: Editor's Pick