Apple's iPhone 6 Is Headed to China

A young boy uses an iPhone to take photos in Tiananmen Square in Beijing on September 30, 2014.
Greg Baker—AFP/Getty Images
By Victor Luckerson

Apple’s iPhone 6 will soon arrive on China’s shores. The company’s latest flagship device, along with its bigger cousin the iPhone 6 Plus, will go on sale in China on Oct. 17, while pre-orders will begin on Oct. 10.

For Apple, China has become a critical market that now comprises 16% of the company’s overall sales. The iPhone 6 launch had reportedly been delayed there because China’s Ministry of Industry and Information Technology was slow to approve the new device. Regulators said as much in a statement on Tuesday, noting that Apple had to address security concerns related to third party access to user data before the device could be sold in China.

Apple has previously been forced to deal with concerns over iPhone security in China. Over the summer, a Chinese state-backed TV station issued a news report calling the iPhone a “national security concern” because of its location-tracking features. Apple issued a swift response pointing out that it doesn’t have access to that location data. CEO Tim Cook has since stressed Apple’s commitment to security in another statement, saying that the company had never allowed a government agency access to its servers. U.S. tech companies have been facing a chilly reception from foreign regulators since Edward Snowden’s revelations of mass government surveillance by the National Security Agency.

Even with security concerns assuaged, Apple faces challenges in China. A new crop of domestic phone manufacturers like Xiaomi now offer smartphones with robust feature sets at a fraction of the iPhone’s cost. Indeed, Apple is not even one of the top five phone makers in the country — but analysts say the jumbo-sized iPhone 6 Plus will appeal to Chinese users’ tastes and could be a big hit there. 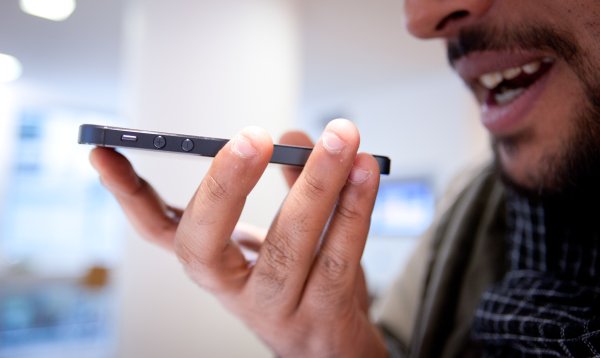 Walt Mossberg: Apple Made a Big Misstep With Faulty iPhone Update
Next Up: Editor's Pick