With Secret Service Director Julia Pierson appearing before a House oversight panel on Tuesday with promises to fix the agency after revelations that a fence-jumper made it all the way to the East Room, the agency is making lots of promises. “It will never happen again,” Pierson told the panel.

But as hopeful as she may be, those who remember even the recent history of the agency have reason to take that vow with a grain of salt. Not only is there a decades-long history of intrusions at the White House, but the agency is also no stranger to messing up.

Earlier this year, three agents were sent home from a trip to the Netherlands after getting drunk the night before the President was set to arrive.

In 2013, two agents were removed from Presidential security detail after sending sexually inappropriate emails to a colleague, which was uncovered when one of the agents was discovered trying to forcefully enter a woman’s hotel room after forgetting a bullet inside.

In 2012, eight agents were fired after it emerged that they had allegedly solicited prostitutes while on an on-duty trip to Colombia.

In 2001, an agent admitted to having stolen nearly $3,000 in cash that the Secret Service had taken as evidence in the years prior.

In 1999, an agent in Chicago with then-First Lady Hillary Clinton went to a hotel bar and put her service weapon in her purse under her chair; a thief with a long arrest record stole the gun.

In 1998, during the Monica Lewinsky scandal, Ken Starr got permission to question Secret Service agents. Though helping a President find some personal privacy for a tryst was nothing new in the agency’s history, the Starr Report still made headlines by revealing that agents had watched her come and go from the Oval Office.

In 1997, an agent who was guarding former President Ronald Reagan was convicted of sex with a minor and possession of drugs, as well as resisting arrest.

In 1971, in the realm of legal-but-shady real-estate dealings, it was revealed that the Secret Service had arranged for a Florida home near President Nixon’s compound in the area to be sold for $150,000—the owners were, ironically, annoyed by all the Secret Service presence—to a buyer who turned out to be a friend of the administration’s, who subsequently leased the house back to the the Secret Service.

In 1964, when the Warren Commission investigated the Kennedy assassination, the group found that Secret Service agents had been drinking the night before the event—though there was no accusation that the drinking impaired their work, it was still forbidden—and that the route was not properly secured.

Then again, hope for a scandal-free secret service isn’t necessarily misplaced. After all, the agency once had a spotless record. In the April 16, 1934, issue of TIME, agency chief William Herman Moran recalled 52 years in the agency and was “proud that, since its organization in 1861, his secret police system has never had a scandal.”

The same article recounts the story of an agent who stopped President Warren Harding from getting on a boat that soon sank and President Herbert Hoover from speaking from a platform that had been “gutted by termites” to the point of collapse. Highly visible saves —like preventing President Reagan’s assassination in 1981—are few and far between, but daily successes like looking out for termites are likely to have continued over the decades that would follow, largely unnoticed. It’s the fate of the Secret Service that, until its agents do something wrong, the work that they do mostly remains, well, secret. 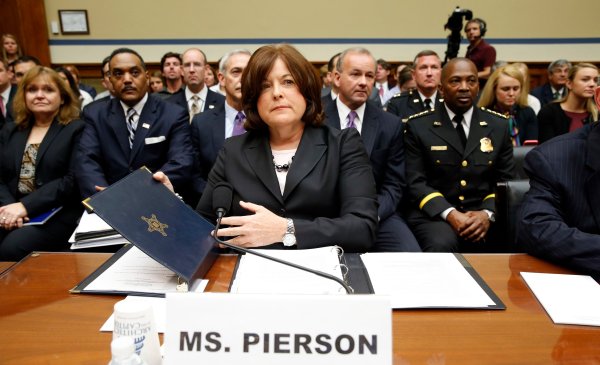