Models walk the show finale during the Chanel show as part of the Paris Fashion Week Womenswear Spring/Summer 2015 on September 30, 2014 in Paris, France.
Dominique Charriau--WireImage
By Megan Gibson

Feminism was apparently en vogue at the Chanel Spring/Summer fashion show in Paris on Tuesday, which ended with a mock feminist protest.

Led by a megaphone-toting Cara Delevingne and top-model Gisele Bündchen, the Chanel models marched down the catwalk together carrying placards that screamed slogans such as “Ladies First,” “Women’s Rights Are More Than Alright” and “History Is Her Story.” Joan Smalls, Kendall Jenner and Georgia May Jagger were also among the crowd.

For the show, creative director Karl Lagerfeld transformed the the Grand Palais into a street-like catwalk, complete with puddles. The setting was designed to heighten the show’s street protest feel, especially when combined with the ready-to-wear collection.

So has fashion fully embraced feminism? Well, not quite.

While Lagerfeld insisted to Elle UK, “I’m very much into [feminism], and my mother was also a great admirer of a certain feminist of the 19th century,” it’s highly unlikely that Chanel’s brand of revolution will be taken seriously as a call to arms for equality. Lagerfeld is also the man who has been quoted as saying, “Everything I say is a joke,” and surely Tuesday’s show is included.

Among the placards were slogans that ranged from the tongue-in-cheek (“Votez Coco”) to downright ridiculous (“Boys Should Get Pregnant Too”). And the chant being led over the megaphone was a call-and-response that asked, “What do we want?” The answer: “Tweed!”

While the actual collection has been widely applauded and many seemed to enjoy the spectacle, not everyone appreciated the joke. According to The Independent‘s Alexander Fury, “a few of the models had the good grace to look embarrassed.” 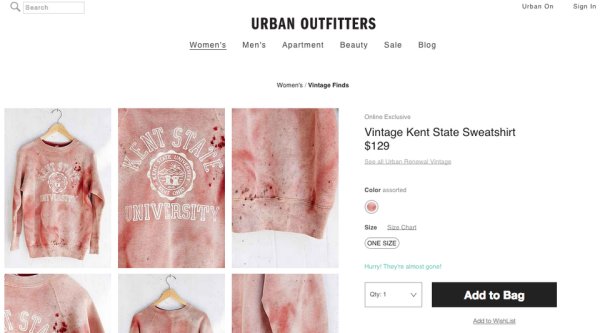