Netflix is planning to release its first original movie, a sequel to Ang Lee’s martial-arts epic Crouching Tiger, Hidden Dragon, and so charting new territory for the Internet-streaming firm.

Netflix said Monday that it is partnering with independent producer the Weinstein Co. to release Crouching Tiger, Hidden Dragon: The Green Legend to all subscribers on Aug. 28, 2015. The film, directed by Hong Kong’s Yuen Wo-ping, will also premiere at the same time on some global IMAX theaters — but it will not hit mainstream cinemas, Netflix said.

The deal between the streaming service and the production house threatens to upset to the traditional model of releasing movies: put them out first in cinemas and then wait months before making them available on DVD and streaming services, including Netflix. Indeed, Netflix said the film is the first of several feature movies it has in the pipeline.

Ted Sarandos, chief content officer at Netflix, told the New York Times that the deal would prove to Hollywood that moviegoers are consuming films in new ways — and are also ready for a new way of releasing films.

“What I am hoping is that it will be a proof point that the sky doesn’t fall,” he said. “These are two different experiences, like going to a football game and watching a football game on TV.”

Netflix, which this month expanded into the European market, has already released its own original series, including hits like House of Cards and Orange Is the New Black. The company releases all episodes of each show all at once, letting consumers binge-watch rather than suffice with weekly doses.

“The moviegoing experience is evolving quickly and profoundly, and Netflix is unquestionably at the forefront of that movement,” said Harvey Weinstein, co-chairman of the Weinstein Co., in a statement.

Netflix’s new film will star Michelle Yeoh, who will reprise her role from the original film as warrior Yu Shu Lien. Donnie Yen, of the Ip Man franchise, will star as Silent Wolf. 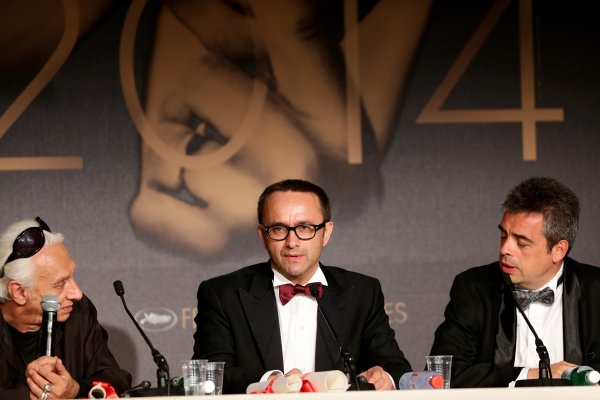 Russia Submits Anti-Russia Film to Oscars
Next Up: Editor's Pick