Dancing With the Stars Watch: It's Movie Night With Kevin Hart

Great news, everyone: Dancing With the Stars is back down to one episode per week. That means we get a full night of performances with the cherry on top of an elimination. While fans may appreciate having their Tuesday nights free, for the stars of the show, it means getting all dolled up in their finest Spanx and spray tans to flash their best jazz hands and tango elbows knowing that they might get kicked off at the end of it all. Fun, right?

While Len Goodman is off judging Strictly Come Dancing, the panel of judges is inexplicably joined by comedian Kevin Hart. While everyone loves Kevin Hart, there is no reason for him to judge a dancing show. If we’re going to nondancing professional judges, how about Mindy Kaling, Jane Goodall or Neil deGrasse Tyson?

Randy Couture and Karina Smirnoff: MMA fighter Randy thinks it is “pretty cool” to dance a paso doble to his friend Sylvester Stallone’s movie, Rocky. Shouldn’t make poker night awkward at all. Randy hit the floor shirtless save for a vest that revealed not only his chest, but also a giant tattoo. Julianne Hough, whose title card has been updated to include the fact that she’s a two-time champion, wasn’t wild about his timing. Carrie Ann loved the power in the performance, but wants some finesse the next time around. Kevin Hart is too scared of Randy to give him a bad score. 26/40 and the couple already knows they are in jeopardy.

Alfonso Ribeiro and Witney Carson: The always dynamic duo did a quick step to Austin Powers: Goldmember, but before they could get to the ballroom, Alfonso had to not kill millennial pro Witney during rehearsal. It was a challenge after she pointed out that she was “literally carrying his fat ass” across the floor. He managed not to murder her or have a meltdown, though, and delivered yet another solid routine. Julianne encouraged him to “get low” on the dance floor, while Kevin Hart ogled his velvet suit. 32/40.

Betsey Johnson and Tony Dovolani: Before their contemporary routine to that song from Ghost, Betsey said the routine was “like the skydiving I never wanted to do.” The audience loved the fluid routine, but Carrie Ann thought watching Betsey dance was confusing, because she was simultaneously elegant and sloppy. Kevin Hart informed the designer that she “dropped it like it’s hot,” and Bruno announced that “no one can bend it like Betsey.” 29/40, including a 9 from Kevin Hart, which was counteracted by Julianne’s 6.

Lea Thompson and Artem Chigvintsev: When it’s movie night and Lea Thompson is in the house, there’s no doubt that she will be busting a move from Back to the Future. The routine started with a Delorean ride and ended with a fast-paced cha-cha that got the crowd cheering and the judges jeering, well not really, but it rhymes. Carrie Ann didn’t think it was her strongest routine, but Kevin Hart loved her smile, and that was enough to earn her a decent score. 31/40.

Michael Waltrip and Emma Slater: The NASCAR star is safe this week, but still reeling from the fact that America didn’t like his dance routine to “Girls in Bikinis.” For his waltz this week, Michael is doling out the NASCAR metaphors and stepping on the gas for his romantic routine to Bryan Adams’ “(Everything I Do) I Do It for You).” The judges loved the Robin Hood–themed routine with even stickler Julianne dubbing it his best routine yet. 28/40.

Antonio Sabato Jr. and Cheryl Burke: Thus far in the competition, Antonio has had a hard time acting like he’s having fun. This week he almost managed to smile during his foxtrot to “Ain’t No Mountain High Enough” from Guardians of the Galaxy. The judges appreciated the effort. 29/40.

Sadie Robertson and Mark Ballas: Dancing a Viennese waltz to the theme from Up is adorable, just so long as they end the routine before the part where they find out they are barren and then the wife tragically passes on. Aside from that: so cute. Carrie Ann said it was her favorite dance of the night, it made Kevin Hart a fan, and Julianne loved the choreography, restraining herself to only a few criticisms and pointers. 32/40.

Jonathan Bennett and Allison Holker: On a smoke-filled floor, Jonathan and Allison delivered a proficient tango to Beyoncé and Andre 3000’s “Back to Black” cover from The Great Gatsby soundtrack. The judges appreciated it, 32/40, but the couple knows they are in jeopardy.

Janel Parrish and Val Chmkerovskiy: It’s rare that the ABC legal department gets a moment in the spotlight, but when Val and Janel wanted to do their jazz routine to a song from West Side Story, the legal types got in a huff and earned a spot on the show via a very dramatic phone call. The end result was that they could use the song “America” but couldn’t use any of the choreography from the show. Val was up to the challenge and they delivered an amazing routine. Bruno called it her “star turn” and Julianne was on her feet to applaud and called it perfection. It’s one of the rare DWTS routines that is worth googling the next day, just to see the skill with which they brought a Broadway show to life in three minutes flat. 40/40.

Tommy Chong and Peta Murgatroyd: Tommy knows how to tango, and he has no problem telling Peta how to do her business. They set their Argentine tango to the theme from the Al Pacino film Scent of a Woman, which Tommy uses as an excuse to sniff Peta, strictly for professional purposes, naturally. The judges were very impressed with the routine, but none more than Kevin Hart, who gave Tommy a 10. 34/40

Bethany Mota and Derek Hough: Gene Kelly’s wife Patricia stopped by the set to give Derek some encouragement before his jazz routine to Singin’ in the Rain. They made it rain inside the ballroom, but it didn’t dampen anyone’s spirits. The judges were stunned into submission by the routine. Kevin Hart admired the homage to Derek’s hero. Julianne said tonight Bethany “became a woman,” which may require a review of the tape, and while it probably killed Julianne to do it, she couldn’t help but give her brother a 10. 40/40.

Who Went Home: MMA champ Randy Couture, Mean Girls supporting actor Jonathan Bennett and professional hunk Antonio Sabato Jr. were all in jeopardy. At the end of the show, Randy was sent home to add some paso doble twists to his signature anaconda choke. 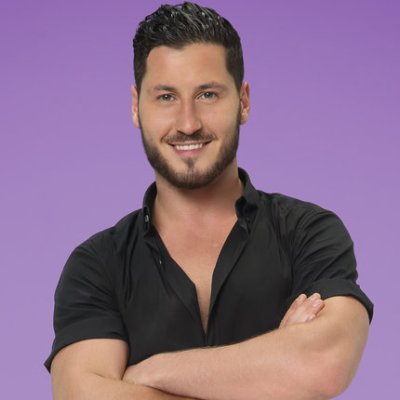 <em>Dancing with the Stars</em>' Val Chmerkovskiy: "I’ve Never Been This Excited For a Season Before"
EDIT POST