7 Ways Being Single Affects Your Health

The link between relationship status and well-being is a complicated one. Despite plenty of sensational headlines—”Get married and get fat!” “Stay single and die young!”—it’s hard to say definitively whether being a spouse or a singleton (or something in between, as many Americans are today) is healthier overall.

That’s because every relationship and every person is different, says Bella DePaulo, Ph.D., a visiting researcher at the University of California Santa Barbara and author of Singled Out: How Singles Are Stereotyped, Stigmatized, and Ignored, and Still Live Happily Ever After. And because scientists can’t randomly assign study participants to either get married or stay single, it’s impossible to rule out other factors that could be at play.

Still, trends do seem to exist among people in different types of relationships, with potential lessons that all adults—regardless of their marital status—can use to better their quality of life. Here are seven ways flying solo may affect your health, for better or worse.

A 2013 study in the journal Health Psychology shows that happily married couples tend to gain weight in the four years after getting hitched. Without the pressure to attract a new mate, the authors say, newlyweds can get complacent about their appearance.

A recent Australian study in the journal Body Image showed that women who feel pressured to slim down before their wedding gained more weight within the following 6 months. Married men were more likely to be overweight or obese compared to their peers who were single, in relationships, or engaged, according to a 2014 University of Minnesota study of young adults.

“Many single women and men care about their health and their well-being,” says DePaulo. “They exercise, eat right, and live overall healthy lifestyles.” In a 2004 study from the University of Maryland, for example, unmarried adults exercised more than married ones, including those without kids.

A British survey conducted in 2011 echoed these results, finding that 76% of married men and 63% of married women failed to meet the recommended 150 minutes of physical activity a week. Only 24 and 33% of single men and women, respectively, missed the mark.

You may have more close friends

And you may be a better one, at that: A 2006 University of Massachusetts at Amherst study found that single people were better at maintaining relationships with friends, neighbors, and extended family than those who had tied the knot—both with and without kids.

Other studies have also found that single adults tend to do more volunteer work and keep in close contact with their siblings, says DePaulo. “Single people—especially single women—often have networks of people who are important to them,” she says. “They have ‘the ones’ rather than ‘the one.’”

You stress less about chores and money

One stereotype of single people is that they’re constantly worried about finding a mate—but that’s certainly not true for everyone. And in fact, there are plenty of areas where single people stress less than those in relationships. According to a 2005 University of Michigan study, for example, they do less housework than married people.

HEALTH.COM: 12 Signs You May Have an Anxiety Disorder

Money woes may weigh less on single people as well. In a 2014 survey of more than 2,000 adults in relationships, one in three admitted to “financial infidelity,” or lying to a partner about money issues. Married people are also more likely to have credit card debt—not exactly a health issue in itself, but something that has been shown to detract from both emotional and physical wellbeing.

You may be stigmatized—but maybe not for long

Single people are often viewed as lonely and unhappy, says DePaulo, which can in turn have a negative effect on their overall health. But that may be changing: the Bureau of Labor Statistics recently reported that, for the first time, the majority of adults in the United States are unmarried, with singles clocking in at 50.2%.

In the meantime, DePaulo’s advice is simple. “Living your single life fully, joyfully, and unapologetically—even as other people are insisting, without any good scientific basis, that you must be less healthy than your married counterparts—is a good way to maintain your good health.”

HEALTH.COM: 12 Ways Your Relationship Can Hurt Your Health

Surgery may be more dangerous

Going under the knife carries risks no matter your relationship status, but a 2012 Emory University study found that single people were three times more likely to die in the three months following heart surgery (and 71% more likely to die over the next five years) than married study participants. Married people tended to be more optimistic about their recovery going into surgery, but they also had lower smoking rates than single people—an important factor in their higher five-year survival rates.

But even these findings aren’t definitive, says DePaulo. She points to a 2011 RAND Corporation survey on alumni of the Wounded Warrior Project, which found that veterans who had never been married reported higher levels of resiliency—the ability to bounce back after injury, illness, or hardships—than those who were married, divorced, or separated.

Your heart health may be at risk

Single adults are 5% more likely to develop heart disease than their married peers, according to a 2014 study of more than 3.5 million people presented at the American College of Cardiology’s 63rd Annual Scientific Session. (Divorced and widowed people in the study also had a higher risk.) “Not all marriages are created equal, but we would expect the size of this study population to account for variations in good and bad marriages,” said the study authors in a press release.

But other research hasn’t found that being married is any better for your heart. In a 2006 study from the University of Texas at Austin of more than 9,000 people there was no statistically significant difference in cardiovascular disease risk between those who were currently married or had never gotten hitched. 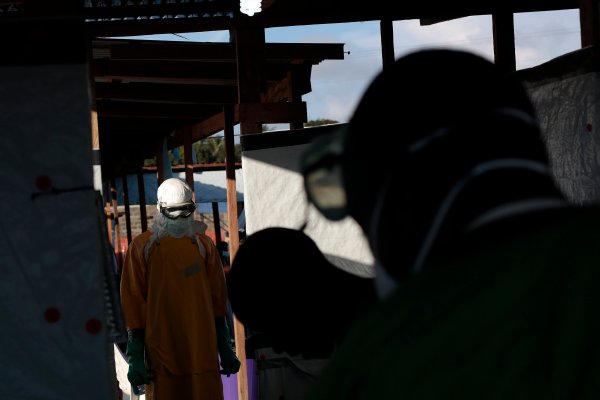 5 Reasons We May Never Know Ebola's True Impact
Next Up: Editor's Pick