Season Review: Transparent Is a Change for the Better

The following review discusses plot points throughout the entire first season of Amazon Prime Video’s Transparent. So, spoilers. Don’t read it unless you’ve watched, or don’t mind learning what happens. It will still be here for you later. (In the meantime, you can read my non-spoilery praise for the show from earlier.)

“It makes the prayer more powerful if we’re all connected.”

You’ve probably already heard, before you even watched Transparent, what a revelation Jeffrey Tambor’s performance as Maura Pfefferman is. It is; he deserves every award he collects over the next year for it. His gift here is not just impersonation–“acting like a woman,” in crude terms–but wholly, soulfully becoming this specific person who’s been acting like a man for decades. His performance is stunning without being loud; some of Maura’s most powerful lines are barely whispers, like her urgent, “please, God, let me do this” when Sarah interrupts her as she’s coming out.

So too does creator Jill Soloway, for imagining Maura down to the merest detail, knowing where she’s soft and where she’s hard, imagining the special challenges and risks of coming out as transgender as a senior citizen. (It’s awful enough if your parents reject you, but your children?) And for making Maura a person first–sympathetic, warm, but far from a perfect spouse/dad/Moppa–rather than a figure in a Very Special dramedy.

To borrow a phrase from Alan Sepinwall befitting this most Jewish of current TV shows: if Transparent were only the story of Maura Pfefferman, dayenu.

But it turns out to be so much more. Over five hours, as it goes broader and bigger and deeper into the past, it becomes a story of the Pfeffermans as an organism, each member bound by a shared history so that you can’t entirely tell where one character’s issues end and another’s begin. (Not unlike Echo Park and Silver Lake.)

Transparent understands that families are not simply collections of personalities but have collective personalities themselves. It means something to be a Pfefferman. Secrets, for starters, that go well beyond Maura’s big one. Secrets are traded like a kind of currency in this family, with Maura–who sometimes maybe loves too much–handing out gifts with the tag “Don’t tell your brother or sister” attached. The way they connect around food–joking about coming from “shtetl people,” passing samples of deli coleslaw from a serving spoon–suggests a lifetime of fractious closeness.

It also understands that the way to get to the universal is to be specific. This is, no getting around it, a show about privileged people: a particular, safety-netted privilege in which there happens to be a spare multi-million dollar modernist crash pad to create King-Lear-in-the-Palisades tensions among the heirs. It’s a particular kind of Jewish progressive academic-intellectual family, where copies of Dissent are lying around and bat mitzvahs are optional. (“Are Jews more anxious than the average person? Or do I just notice it more because I’m Jewish?” Yes and yes!) And it’s lovingly shot in a lived-in looking L.A. of mid-century apartment buildings, deli counters and the hipster-bourgeois enclaves around Griffith Park.

Thanks to this–and spectacular casting up and down the list–Transparent often feels like it was transcribed more than written. You could compare the show to Zwick-Herskovits dramedies, or Soloway’s former show Six Feet Under, or Parenthood, but there’s also a strong hint of PBS’ An American Family, the proto-reality show where another southern California clan changed before our eyes. So even as we watch Maura become a trans-parent, each of her kids is also in some state of personal-sexual transition. (Maybe the most interesting is Ali’s wrestling with her gender presentation, which just sort of quietly evolves over the season.)

The throughline, of course, is Maura’s journey, and it’s fascinating to see her, with seventy-odd years of history on Earth, learning to be a new person: popping an estrogen pill like a teen taking her first sip of beer, or discovering that a “free” mall makeover means you need to buy a lot of stuff, or attending a trans yoga class. (“Namaste.” “Hey, girl, hey!”)

And as the show delves backwards, into the ’80s and ’90s, it only gets more twisty and complicated. In the stunning eighth episode we find 1994 Mort identifying as a cross-dresser, some of whose fellows have their own issues with trans folks. (“Transvestites are not transsexuals,” says Bradley Whitford as Mark, “and never the twain shall meet.”) Being marginalized yourself doesn’t mean being perfectly enlightened; even Maura, home at her noisy new apartment after a lousy day, screams “Turn it down, you faggots!” at her partying neighbors.

That last is one of many humanizing, uncomfortable moments in Transparent, which has already raised the question of whether the Pfeffermans are “likeable.” Which maybe just proves how useless a term “likeable” is as a measure of art. Who needs likeable? Vanilla ice cream is likeable.

These characters are fascinating, and they can be terrible. The kids are just as selfish as Maura says in the pilot–walking out on her talent-show act was the height of oblivious egocentrism–but of course she helped make them that way. As the family debates euthanizing Ed, Ali makes a strong point that being “done” is not reason enough to end someone’s life; Shelley (Judith Light, a goddamn national treasure in this role) makes the anguish and deep empathy behind the decision palpable. The show immerses you in the moment without rendering a verdict. Ditto the supporting characters–Tammy, Len, Rabbi Raquel–who each can be a piece of work or a mensch. Every person here can be a burden, and each carries a burden. Transparent doesn’t judge or justify them; it just paints them in full.

And God, does it look and sound gorgeous doing that. The episodes, directed by Soloway and Nisha Ganatra, are visually haunting and intimate from the opening credits; there’s a remarkable sequence at the end of episode 9, for instance, where we see Ed’s last moments from his own disoriented perspective–the lights and geometric shapes of the retirement community at night, the ducks leading him to the water. The music, too, is curated in a way that would make Joshie proud, down to teenage Sarah singing The Psychedelic Furs’ “The Ghost in You” to herself in the family car. Transparent is a deeply nostalgic show, but not in a cheap way. It wants to dig into the Pfeffermans’ pasts and find both the heartbreak and the Michael Jackson gloves. It wants to remember what it was to be four years old, listening to Jim Croce and Heart; its vinyl-collector’s heart is full to bursting.

I make Transparent sound emotional and bittersweet. It is. But did I mention that it’s freaking hilarious? It’s serious about its gender themes, but serious enough to know how funny they can be, as when Ali audits her gender studies class (“Exclamation points themselves are small rapes”) and accepts a date with her TA (“Politically, I’m basically a lesbian”).

If I reach, I could find a few quibbles with the season–mainly that it began to throw in twist after twist, as if trying to fit a few seasons’ story into one. (Josh discovering he fathered a son with his babysitter; Syd confessing her feelings for Ali; Sarah nearly re-cheating on Tammy with Len.)

But big picture: this is the best thing I’ve seen on TV–even if it’s not “on TV”–this year. Maybe in more than a year. And we’ll be damn lucky if there’s anything as good next year. Yes, with the $99 annual Amazon Prime fee as the price of admission, it’s one more line item on your cultural budget. But this is TV to get excited about, that makes you think anything is possible in the medium, that expands TV’s range of subject matter, style and tone. It’s a big-feeling, effusive, life-and-sex-filled show that wants to push your buttons and fight with you, and kiss and make up and ask you if this coleslaw tastes all right.

And it ends damn near perfectly, with the Pfeffermans, exhausted and hungry after a day of mourning and fighting, circled around a table–Mama and Moppa, old family and new. (At the last line–Maura answering her new Christian grandson’s appeal to Jesus with an “Oy gevalt”–I laughed and clapped and got a little verklempt.)

Beyond sexuality, beyond identity, this is a great show about the many different ways there are to be a human being. It’s fitting, I think, that Maura, who has transitioned to life as a woman, uses that specific term to talk about Ed at the end: “We’re going to ease Ed into the next transition.” Death may be the last transition. But as long as there’s life, Transparent tells us with humor and heart, there is always the potential for change. 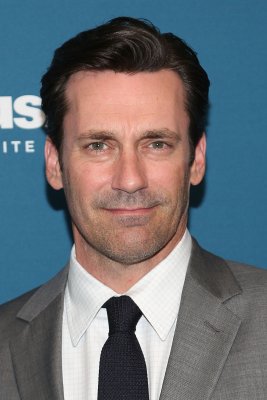