For Back Pain or Headache, Painkillers Do More Harm than Good

Powerful painkillers do little to improve patients’ daily functioning, finds the American Academy of Neurology in a new position statement on opioid painkillers for chronic pain not related to cancer. Written by Dr. Gary Franklin, research professor in the departments of occupational and environmental health sciences and neurology at the University of Washington, the paper outlines the growing epidemic of overdose deaths—most of them unintentional—linked to opioid use. It concludes that in the majority of these cases, pain killers may ease some pain but fall short of truly improving patients’ health. Coupled with the potential hazards of addiction and overdose, the Academy says that doctors should be looking for other ways to help these patients manage their pain.

“This is the first position paper by a major American specialty society saying that there is a real problem here, and the risk might not be worth the benefit for certain conditions,” says Franklin.

The statement traces the rise of the opioid prescribing epidemic to loosening of previously strict regulations put in place in the 1940s, when opioid-based opium and heroin gained popularity as narcotic drugs of abuse. Recognizing the potential for addiction and overdose, states implemented rigorous controls over who could prescribe opioids and how much of the medications were dispensed; violating the rules meant doctors could lose their medical licenses or face criminal prosecution. Therefore, most physicians shied away from the drugs, leading to under-treatment of chronic pain, particularly among the growing number of cancer patients.

To address that trend, advocacy groups and pharmaceutical makers of opioids lobbied to change state laws to remove sanctions against doctors prescribing them—and ended up making them too lenient, says Franklin. “The language in Washington state, for example, said that no doctor shall be sanctioned for any amount of opioids written. So even if a doctor is handing out bags of opioids, it made it hard for the medical board or disciplinary board of the state to do anything about that doctor.”

That push to begin treating pain more aggressively began with cancer patients and those who were terminally ill, but drug makers saw another opportunity in people with chronic pain. The problem, say experts, is that for most such chronic pain, including low back pain, headaches and fibromyalgia, there is little evidence to support the idea that opiates are effective, and even less data suggesting that escalating doses and keeping patients on opioids for months or even years to treat persistent pain would benefit them. Most studies only followed patients for about a month on average.

Some in the pain community called out a red flag when they saw that a growing proportion of pain patients were still taking opioids but not reporting any improvements. In 2003, Dr. Jane Ballantyne and Dr. Jianren Mao, then at Massachusetts General Hospital and Harvard Medical School, published a review of the existing data on opioid use for chronic pain in the New England Journal of Medicine. It was among the first studies to highlight the fact that the skyrocketing number of prescriptions was doing little to actually reduce reports of chronic pain. “The real problem is physicians who are practicing with the best intentions and not understanding what the limited role of opiates is,” says Ballantyne, now a professor of anesthesiology and pain medicine at the University of Washington. “For 20 years they have been taught that everybody deserves an opiate, because they really don’t know what else to do. It’s a cultural thing and it’s hard to reverse that.”

The result, Franklin notes, is that since the 1990s, more than 100,000 people have died from opioid overdoses – more than the total number of American soldiers who lost their lives in the Vietnam War. In addition, studies have linked opioid use to serious health problems, from changes in hormone levels that can contribute to infertility, abnormal immune function, heart problems, and even worsening of pain symptoms.

Ballantyne says that the opioids can backfire in excessive doses; in the same way that neurons become over-sensitized to pain and hyper-reactive, high doses of opioids could prime some nerves to respond more intensely to pain signals, rather than helping them to modulate their reaction. “The idea is that we have the answer to all chronic pain, and that is to give opiates. That’s simply not true,” she says. “A lot of chronic pain isn’t appropriate for opiates.”

To stop the epidemic of deaths by opioids, Franklin says, states have to reinstate stricter oversight over doctors who prescribe these medications and implement guidelines that call for clear limits to opioid use that both doctor and patient agree upon, particularly for chronic conditions outside of cancer or terminal care. A handful of states and the Centers for Disease Control, for example, have already instituted so-called yellow-flag warning doses that require providers to get additional opinions if a patient reaches daily opioid doses of 80 mg to 120 mg and continues to complain of pain.

But perhaps the best way to move the needle in the epidemic is to reset expectations that doctors and the public have about pain treatment. “In this country we expect everything to be fixed, and that doctors have the answer and can take pain away,” says Ballantyne. Yet many of the first strategies for alleviating pain might start with patients and their lifestyles rather than a prescription. Exercise and a healthy weight can ease much of the chronic pain associated with the back and joints, for instance. “We shouldn’t be resorting to pills as a first resort; they should very much be a last resort,” she says.

Alternative approaches to managing pain, including cognitive behavioral therapy, should also be given strong consideration. The Academy is urging insurers to step in and cover more such pain management approaches so that drug therapy doesn’t continue to be the default. “The important message is that we should not use opioids chronically for most people because they don’t work,” he says. “But at the same time we ought to be paying for things that do work.” 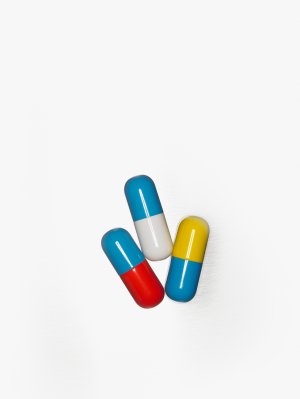 Male Sex Drugs Under FDA Fire
Next Up: Editor's Pick