Ok, this part is settled. The rest, not so much
Meriel Jane Waissman; Getty Images
By Jeffrey Kluger

There are few things more satisfying than when people you’re arguing with say something manifestly wrong or tone-deaf. It’s the polemical equivalent of getting a big, fat fastball right right in your sweet spot. Just swing away with a look of disdain or checkable fact and the home run trot is yours.

Alas, that happens less often than one might like, but there’s nothing that stops you from pretending your adversary said something dumb and then pouncing on the imaginary remark. Thus we had the “You didn’t build that” and “Let Detroit go bankrupt” silliness of the 2012 Presidential campaign, in which both President Obama and Mitt Romney were pilloried for saying things they never actually said—or at least didn’t mean—at all. And so, too, we have the “Climate science is settled” charade, in which climate change deniers hand-select four words environmental scientists often do say, reframe those words to mean something else entirely, and then beat the scientists up for faux-saying it.

We saw the examplar of this ignoble formula earlier in the year when Charles Krauthammer, writing in the Washington Post, conceded that CO2 emissions aren’t good for the planet, but declared, “I also believe that those scientists who pretend to know exactly what this will cause in 20, 30 or 50 years are white-coated propagandists.” As I observed at the time, these white-coated propagandists are actually white-coated strawmen, since virtually all credible scientists acknowledge that climate systems are far, far too complex to analyze with precise accuracy. Do environmental researchers and green politicians ever say the science is “settled?” Yes they do—but they mean that the fake debate over whether climate change is a vast hoax is finished. They don’t mean there’s no work ahead.

Krauthammer, of course, is not a climate scientist—which gives him at least a small excuse. The same cannot be said of Steven E. Koonin, whose recent piece in the Wall Street Journal took a more nuanced approach to making the same point. Koonin is director of the Center for Urban Science and Progress at New York University and a former Energy Department undersecretary during Obama’s first term. Yet he runs with the same dishonest baton Krauthammer did.

“The idea that ‘Climate science is settled’ runs through today’s popular and policy discussions,” he writes. “Unfortunately, that claim is misguided.” Koonin then ticks off the usual right-wing talking points: The computer models are imperfect; the oceans’ role in warming has not been studied fully; the history of Earth’s climate is poorly understood; there has been a slowing of warming over the past 15 years. Stipulated, stipulated, stipulated and stipulated.

Again and again, climate scientists acknowledge every single one of these x-factors and again and again they come back to the fact that the planet is sick and we’re playing a role. Knowing that cigarettes can kill you is not the same as pretending to predict which fatal illness—if any—you’re going to contract or just when and how severely that disease is going to strike. But you can surely tell when you’re beginning to cough, and if you don’t quit smoking straightaway you’re a fool.

In some ways, Koonin’s own familiarity with the climate field gets in the way of his argument. He cites, for example, the fact that 55 different computer models have been used by the U.N.’s Intergovernmental Panel on Climate Change (IPCC), and not one of them is in precise agreement with the others. But where does he get that supposedly damning evidence? From the IPCC’s own 2013 report. That sounds a whole lot like a group of researchers openly acknowledging that the science is not settled, even if it all points in the same direction.

Koonin also makes the mistake of counterfeit-evenhandedness when he writes, “I fear that rigidly promulgating the idea that climate science is ‘settled’ (or is a ‘hoax’) demeans and chills the scientific enterprise.” That conspicuous parenthetical is meant to provide the illusion of balance, except the deniers truly do make the hoax claim (we’re looking at you Okla. Sen. James Inhofe, former chairman of the Environmental and Public Works Committee) and climate scientists truly don’t make the settledness claim—at least not the way Koonin is implying.

This isn’t to say all climate papers cover themselves in glory. Just last year, a study published in Nature tried to forecast the exact year in which various cities around the world would reach a tipping point, after which their climates would have moved permanently outside the boundaries of the mean. And so we got New York in 2047, Paris in 2054, Moscow in 2063 and on and on. Yes, there were generous margins of error built into the study, but even to suggest such precision is to misrepresent the science—at least in the popular mind.

Still, studies like this one are outliers—overzealous pieces of prognosticating in a discipline better known for caution and candor. The same moderation has not been true of the folks who have spent the better part of 25 years flinging accusations of conspiracy and fraud at climate scientists just trying to do their work. The disingenuous “settled science” argument may be a less shrill approach, but it’s a no more honest one. 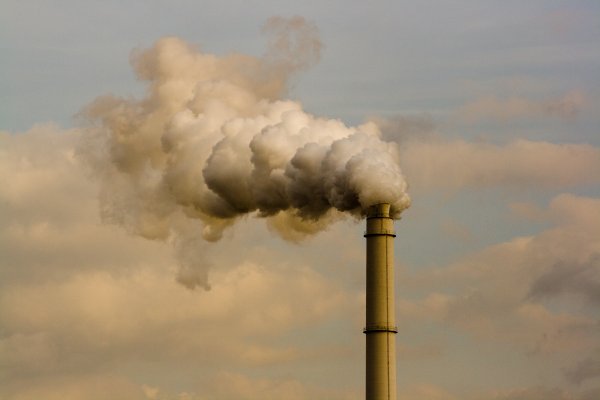