Rape Victims in Louisiana Are Being Charged for Hospital Exams

Some rape victims in Louisiana are being forced to literally pay the price of their own assault.

An investigation by the Times-Picayune found that many victims of sexual assault were being billed by hospitals after they sought treatment and, in some cases, were charged thousands of dollars.

Though the Violence Against Women Act was amended in 2005 to stipulate that sexual assault victims should not be billed for medical forensic exams in the wake of their attack, the requirements only include the basics for a rape kit or SANE exam, such as “an examination of physical trauma, a determination of penetration or force, a patient interview and collection of evidence.”

“By that definition,” reports Rebecca Catalanello in the Times-Picayune, “costs for procedures that are a regular part of the SANE screening — pregnancy tests and HIV tests, among them — could be considered extra. And, in many cases throughout Louisiana and the United States, they are.” Some of the women who spoke to the Times-Picayune reported they had been billed for simply being admitted to the emergency room, despite being required to do so in order to have their exam completed.

One woman, who was violently sexually assaulted, received two medical bills following her visit to the hospital, which came to $4,200. Her mother told the Times-Picayune, “You know what really gets me? Prisoners in Angola [the Louisiana State Penitentiary] get medical treatment for free.”

Some of the costs can be recouped by victims, as long as they apply for reimbursement from the Louisiana Crime Victims Reparations Board. Yet there are conditions: Victims must file charges against their rapists, and must also be clear of felonies on their own records (at least within the past five years). Victims also can’t have been involved in illegal activity at the time of the rape, which could include underage drinking. What’s more, the victim must not “have behaved in a way that, in the opinion of the board, ‘contributed to the crime.'”

Yet Louisiana doesn’t appear to be an outlier. According to the Times-Picayune, only 15 states pay for tests for STIs and medication prescribed in the course of a forensic exam and only 13 states pay for pregnancy tests. There are only 10 states that cover the cost of emergency room fees for sexual assault victims and the number of states that cover the cost of treating injuries sustained during a sexual assault is a mere five.

This practice could have serious consequences. While law enforcement workers and victim advocates often lament that only around a third of rape victims actually report their attack to the police, the possibility of being saddled with exorbitant bills for medical treatment could deter victims from seeking medical treatment. And without the forensic exams, valuable evidence against the rapist is unlikely to be collected, which would likely hinder prosecution of the victim did file a report at any time.

But while Catalanello’s investigation is an upsetting read, the report has already made waves. In a statement released after the Times-Picayune piece was published, the Louisiana Department of Health and Hospitals said, “We take a strong stand against sexual violence. Our heart goes out to victims of these crimes. This is a result of disjointed local parish health policies, as well as a poor legacy charity system that was run inefficiently for many years. We will work with the Legislature and the partners to address this and ensure sexual assault victims are provided the services they need, and also make sure we are doing everything we can to fight sexual violence.” 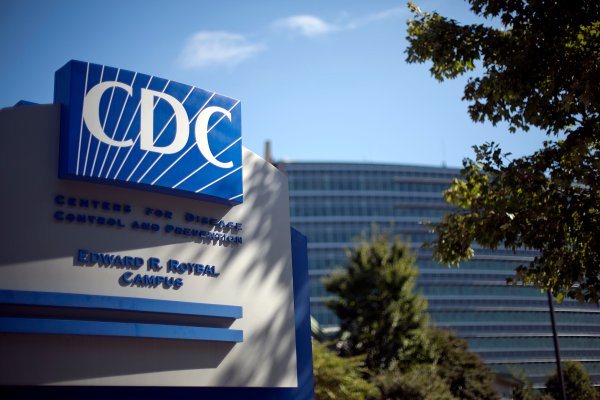 The CDC's Rape Numbers Are Misleading
Next Up: Editor's Pick