Rand Paul And The Perils Of Right-Now Thinking

There is nothing as unwise as the brain feeling whatever it’s feeling right this second. Right-now feelings are the necessary precursor to right-now actions—the stuff of bar fights, of impulse purchases, of hopping into bed with someone you really, truly ought to be having nothing to do with, but never mind that because the heart, or some other part of you, wants what it wants.

I was put in mind of the right-now brain when I read Saturday’s column by the estimable Ruth Marcus in The Washington Post. The teaser headline for the story on the Post‘s homepage was “Dems Should Be Frightened of Rand Paul,” and while the headline on the story itself was more measured (“Rand Paul: the most intriguing man in today’s Republican party”), it made the same point: After the Kentucky senator’s pitch to students at the University of California, Berkeley—the symbol and soul of west coast liberalism—the GOP may have finally come up with a presidential prospect who can tie the Democrats in knots.

Marcus’s piece was closely reasoned and, if you’re a Democrat, gave you no small reason for worry. Paul can indeed be impressive as he argues liberal ideals refracted through a libertarian prism. But the fact is, worry is endemic in politics—and it often leaves us feeling foolish afterwards. There was similar hand-wringing on the left about the coming Mike Huckabee boom during the 2008 cycle; that was followed by the promised Fred Thompson juggernaut. How’d those work out? Republicans have sweated over similar warnings about can’t-miss Democrats over the decades—Teddy Kennedy, Jerry Brown, Bill Bradley, Sam Nunn (really), Dick Gephardt (for 20 minutes)—only to see them all come to naught.

Big picture political strategizing, divorced from any one candidate, is shot through with right-now thinking too. Last October, the GOP-led government shutdown had gleeful Dems predicting the final, self-inflicted collapse of the Republican brand; less than six months later, those same Democrats are bracing for a midterm electoral pounding by resurgent Republicans. The GOP similarly whooped and Democrats similarly panicked at the almost comically awful Obamacare rollout last fall. Now the website is working and the Administration is at least within binocular distance of its original 7 million enrollment target.

Right-now thinking is with us from babyhood. One of child psychology’s most-cited experiments is the famed marshmallow test, in which pre-K subjects were left alone with a single marshmallow and told that if they can resist eating it for three minutes, they’ll get two when the experimenter returns. The kids, predictably, did poorly on the test—unable to forecast how they’ll be feeling just a few minutes in the future, when they’ll regret having indulged in the instant.

But we struggle with the same inability deep into adulthood. We elope because of right-now feelings; buy 70-inch TVs after we walked into the store planning on nothing bigger than 45 inches; spend twice as much on food when we go to the supermarket hungry than when we’ve just eaten lunch. Wars have been launched on the strength of right-now reasoning. In the wake of 9/11 and the run-up to the Iraq invasion, the thinly-sourced weapons of mass destruction argument sounded more plausible than it would have if the Administration had made the same case for an invasion on 9/10 or earlier. Ethnic minorities have suffered too—the Japanese-Americans who were interned after Pearl Harbor, the Sikhs who were attacked after 9/11 because their turbans just looked somehow Middle East-y.

In the case of political emotions—at least the kind set off by Marcus’s column—there’s not a whole lot of harm that will be done. Rand Paul’s backers will surely be circulating the clipping to raise funds and enthusiasm for their man; Democrats will, just as surely, circulate it in alarm to push their own agenda. The impact on Paul’s fortunes will likely be a wash.

There’s nothing wrong with giving transitory feelings a role in in-the-moment decision-making. It’s what pushes us to do brave and creative and scary things when simple prudence would dictate otherwise, and it does motivate us to get politically involved. But sometimes, standing still and doing nothing is just as smart. Right-now feelings belong in the brain’s front seat; they just don’t belong behind the wheel. 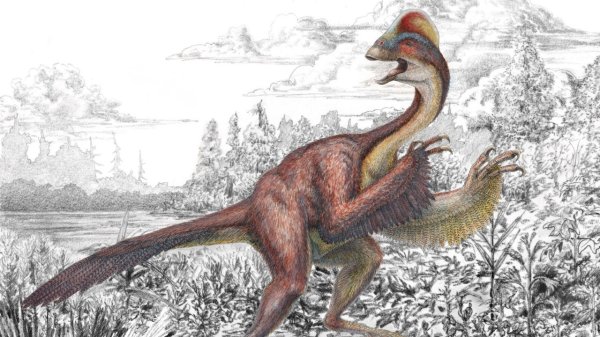 Meet the ‘Chicken From Hell’: Scientists Discover New Dino
Next Up: Editor's Pick