Julian Assange Speaks in Nantucket — as a Hologram

A ghostly Julian Assange appeared by hologram at the Nantucket Project on Sunday, beamed in from the Ecuadorian embassy where he has stayed under political asylum since 2012 (though he says he will soon leave).

Interviewed by the filmmaker Eugene Jarecki, Assange discussed digital analogues to the shops and services in the old town square: banks, stores, post offices and libraries.

“I am in some ways,” he said, “just a simple librarian who’s very good at saying no.”

However, as his self-appointed WikiLeaks title of editor in chief suggests, he’s also a publisher. And from inside the Ecuadorean embassy in London, he’s found it very hard to carry out that role. “I can’t physically meet sources,” he said, noting that this makes for a particular challenge when dealing with others who are also confined in some way, like Ai Weiwei, who cannot leave China.

Labels that Assange will not accept for himself include “vigilante” and “martyr.” He said he made his decision to leak the controversial Chelsea Manning papers with a level head, predicting that it would be “a hard time for maybe five to seven years,” but that there would be some benefits to his risk. Four years later, he stands by that decision.

He believes Tim Berners-Lee’s recent call for a Magna Carta of the Internet “probably should be done,” but he is skeptical that we can actually reach international consensus. “We will create norms as norms have always been created in the past,” he said, “not mainly by belief, not mainly be desire, but by action.”

Assange discussed his new book, When Google Met WikiLeaks, and noted that Google executive chairman Eric Schmidt’s book, How Google Works, also came out this week. “If you see Eric Schmidt’s book, the cover of it is remarkably similar to the cover of this book,” he said, brandishing a hologram version of his own. “So similar that I’m not sure the timing was a coincidence in publication.” Both covers are inspired by Google’s iconic homepage.

Google, Assange said, would pass itself off as a company of “fluffy graduate students,” or, “not even a company at all, but something that gives free services.”

However, Google differs from other “normal” companies, he said, in its project to “collect as much information about the world as is possible, store it, index it, make predictive models about people’s interests, and use that to sell advertising.” This, he said, is “basically what the National Security Agency is doing.”

When an audience member posed a question about Europe’s ruling that citizens have a “right to be forgotten” by Google, Assange said, “I don’t think the actual right to be forgotten itself is very interesting so I’m not going to talk about that.” But he is interested in the power dynamics of the case, arguing that the E.U. has recognized that Google is not just “something like a publisher,” but because of its enormous size and influence, is “more something like a government.”

Assange and Jarecki closed the talk with a hologram high five. 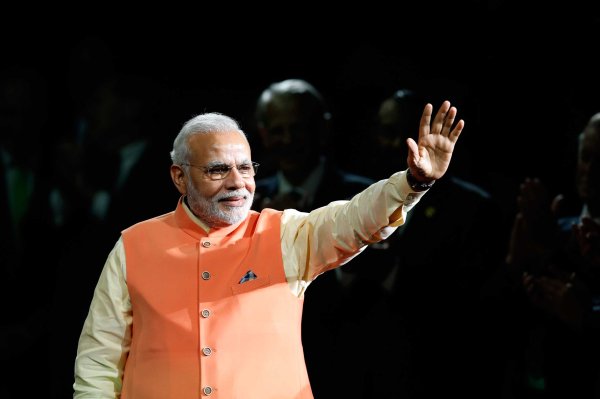