“There are differences in working for President Clinton and President Obama,” said Larry Summers in a panel on global finance at the Nantucket Project on Sunday. Summers ought to know: he served as Secretary of the Treasury under the first and Director of the National Economic Council under the second.

The differences in meeting styles go beyond punctuality, Summers continued: “If you’re meeting with President Obama, if it’s a 30-minute meeting, at 10:26 his assistant will bring him an index card telling him about this next meeting, and at 10:30, you will be gone. That 30-minute meeting you were supposed to have with President Clinton that was supposed to begin at 10 and actually began at 10:20? At 10:50, he is just warming up.”

While Obama focused on making decisions based on the information his advisers presented, Clinton wasn’t afraid to give his advisers some food for thought. Doing an impression of sorts, Summers recalled the way he’d go off on a tangent: “Larry, you’re talking about the unbanked, people without bank accounts. There was a guy, great guy, used to be mayor of Memphis, he had a program going to help the unbanked—beautiful wife—ran for Congress, I don’t know what happened to him, great guy, you really should look into that program to use unemployed youth to install ATMs.”

Though one was more disciplined and the other more freeform, he said both were effective leaders by staying true to their own styles.

Summers also came to Obama’s defense in the forum when Meredith Whitney, the former stock analyst turned hedge fund manager who correctly predicted the subprime crisis in 2007, said that we’re now in a period of over-regulation.

If it’s really true that there’s a bureaucratic “war on corporations,” Summers asked, then “why is it that the market value as measured by the stock market of American corporate business has grown more rapidly in the five and a half years of this presidential administration than any other administration since 1932? … why is it that corporate profits as a share of our economy are larger than they have ever been before?”

“It’s just an odd kind of war in terms of the results.” 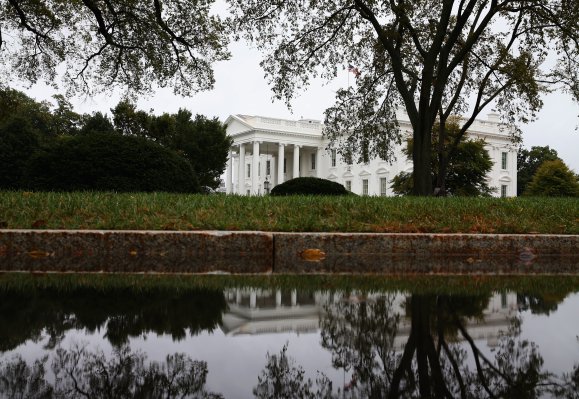 How Secret Service Bungled White House Shooting in 2011
Next Up: Editor's Pick