Hong Kong in Turmoil: 5 Takeaways From Weekend of Protests

Hong Kong, one of the world’s most dynamic and orderly cities, has become a battle zone.

On Sunday and into early Monday, police used tear gas and pepper spray to try to disperse protesters from the main government complex downtown. The crackdown had the opposite effect. More protesters joined the demos and sit-ins, which have now spread to other parts of Hong Kong island and to popular shopping districts across the harbor in Kowloon. Tens of thousands have taken to the streets. Clashes between protesters and police are taking place. Traffic is at a standstill. A sense of danger prevails in what is normally one of the safest places on the planet. When citizens awake Monday morning to try to go to work or school, they will find a city in chaos and crisis.

The protesters, who had been in a standoff at the downtown complex for days, want Hong Kong’s authorities to introduce full democracy in the territory, starting with the election of its head of government, or Chief Executive, in 2017. But China, which has sovereignty over Hong Kong, decreed that a narrow “nominating committee” would allow only up to three candidates to contest, effectively screening out anyone whom Beijing opposes.

Maya Wang, China researcher for Human Rights Watch, says Beijing has lost control in trying to grasp more of it. “Rejecting democracy in Hong Kong has dramatically backfired [for them] in that people here have now lost confidence in the central government,” she said. The situation on the ground remains fluid, but here are five takeaways from Hong Kong’s season of unrest:

1. The protests cut across Hong Kong society.
The protests disprove the conventional wisdom that Hong Kong’s citizens care singularly about making money and getting ahead. The protesters represent a cross-section of society: young and old, professionals and small-business people, the low-income and the middle class. As lawyer Audrey Eu, a longtime democracy activist, says: “This is a broad-based movement.”

2. This is as much about inequality as democracy.
While greater democracy is the No. 1 item on the protesters’ agenda, livelihood issues also figure. Once, the Hong Kong dream — rapid-upward social mobility — was accessible to many individuals and families. But in recent years Hong Kong has become an ever more expensive place to live for its citizens. The entry price to buy a home is beyond the means of many citizens, who equally feel that government policies are rigged to favor the elite, especially wealthy property developers. Indeed, Hong Kong has one of the widest income gaps in the world for a developed society. Those agitating for more democracy believe that it will result in a government more accountable and responsive to the needs of the less well-off.

3. The difference between Hong Kong and mainland China is not just political.
Hong Kong citizens resent ever greater numbers of mainland residents and visitors buying up everything from apartments to infant formula, and occupying everything from hospital beds to school places. Locals also find mainlanders can be boorish. Hong Kong social media often spotlights mainland parents allowing their children to urinate or even defecate in public. While this may not seem critical, it shows how far apart culturally Hong Kong and mainland China are.

4. Beijing is clearly mismanaging the fringes of China’s empire.
Both Xinjiang and Tibet are restive, with locals angry at being marginalized by Han Chinese in their own homelands. The territory of Xinjiang, in particular, has been rocked by bomb and knife attacks as extremists turn to violence to fight back. Taiwan, which Beijing wants to reclaim under the same “one country, two systems” formula for reunification for Hong Kong, will be hugely distrustful now of any promises of autonomy from Beijing. And even citizens in Macau, the most obedient of China’s special regions, are now agitating for greater freedom and transparency. Beijing’s tactics might work in the short time to suppress dissent, but the tensions will only build and boil over. As is happening in Hong Kong.

5. Hong Kong faces a tough fight ahead.
Hong Kong is pushing for democracy precisely when China is becoming more authoritarian at home and exercising a sterner diplomatic approach abroad. Beijing is cracking down hard on dissent at home. The latest example: the life sentence handed to moderate Uighur academic Ilham Tohti allegedly for advocating “separatism” for Xinjiang. China has also become more assertive, even aggressive, over its maritime disputes with its Asian neighbors, essentially refusing to negotiate and imposing its own boundaries. Thus, Hong Kong — which, with its 7 million people, is just a tiny corner of China — can expect no quarter from Beijing over its fight for democracy. 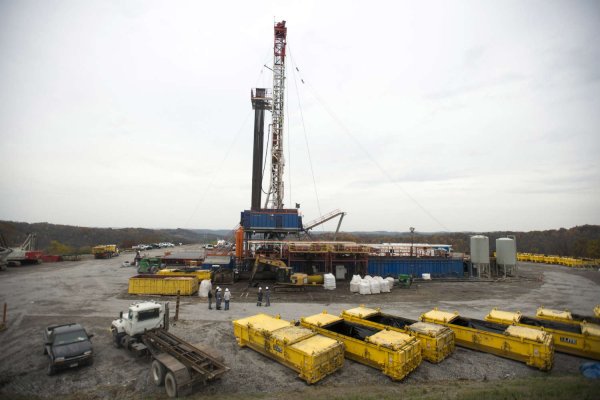 America’s Big Bet On Natural Gas And Big Short On Coal
Next Up: Editor's Pick