Researchers at the University of Rochester seem to be taking the words of science fiction writer Arthur C. Clarke’s to heart: “any sufficiently advanced technology is indistinguishable from magic.”

Inspired in part by the famous Invisibility Cloak from Harry Potter, scientists at Rochester have discovered new ways to use complex lenses to hide objects from view. While previous cloaking devices distort the background and make it apparent that an object is being cloaked, the four lenses used at Rochester keep an object hidden as the viewer moves up to several degrees away.

“This is the first device that we know of that can do three-dimensional, continuously multidirectional cloaking, which works for transmitting rays in the visible spectrum,” said Joseph Choi, a PhD student at Rochester’s Institute of Optics who is working with physics professor John Howell at the university.

While the lenses do truly disguise the image of an object, scientists aren’t claiming a suit-sized version of the lens will work, much less help its wearers sneak past Death Eaters or into a Room of Requirement.

But there are practical uses for the technology: Howell says that the lenses could help a surgeon “look through his hands to what he is actually operating on,” and the lenses could be applied to a truck to allow drivers to see through blind spots on their vehicles.

Here’s a video that shows in more detail how the lenses work: 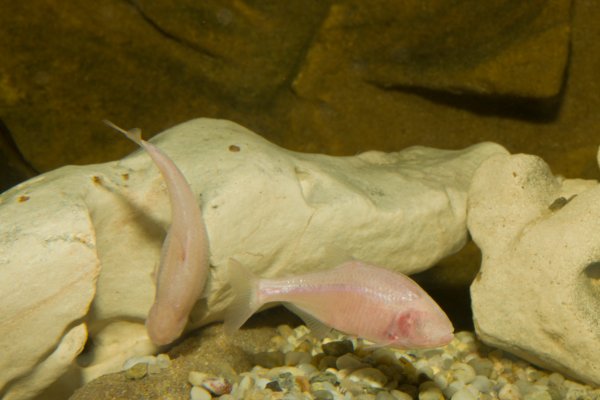 Meet the Fish That Can't Get Jet-Lagged
Next Up: Editor's Pick