A puddle in the driveway reflects the White House and north lawn on Sept. 25, 2014 in Washington, DC.
Mark Wilson—Getty Images
By Sam Frizell

The Secret Service badly bungled its response to a shooting outside the White House in 2011, according to a new report, taking four days to realize that shots had actually hit the presidential residence.

A detailed report in the Washington Post chronicles the Secret Service’s slow and inadequate response to a 2011 shooting outside the White House in which an Idaho man, Oscar R. Ortega-Hernandez, fired at least seven bullets into the house’s upstairs residence 700 yards across the South Lawn, and to the attack.

President Barack Obama and First Lady Michelle Obama were away during that weekend, but their younger daughter, Sasha, was in the White House, the Post reports, and their older daughter, Malia, was expected home any minute.

While Secret Service officers rushed to respond to the shots, a call came from the supervisor on duty: no shots fired, stand down. The officers complied, even as Ortega sped away from the scene at 60 mph. The supervisor apparently believed the noise had been a construction vehicle backfiring.

Although it acknowledged later that night that shots had been fired in the vicinity, the agency initially suggested they had come from a gang gunfight near the front lawn of the White House, and not from a deliberate attack.

The Obamas were only made aware of the shooting when an assistant White House usher told the First Lady about the bullet holes another housekeeper had found. The officers who believed shots had hit the White House were either ignored or afraid to contradict their superiors.

Ortega was eventually arrested and sentenced to 25 years in prison. A spokesman for the Secret Service declined to speak with the Post. 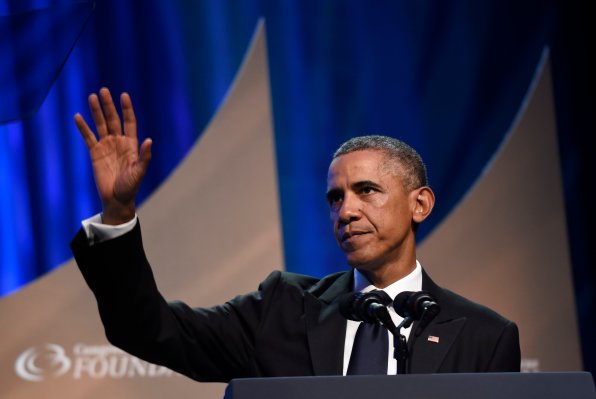 Obama: 'Gulf of Mistrust' Between Cops and Communities
Next Up: Editor's Pick