The demonstrations, which were originally supposed to be confined to the Central district, continued into Monday morning and spread to various neighborhoods, including across the iconic harbor in Kowloon. Tear gas even billowed into the city’s famously efficient subway system.

Protesters chanted democracy slogans and sang songs by legendary 1980s Hong Kong rock band Beyond. Many were apparently drawn onto the street after becoming incensed that the police had fired tear gas at the crowds. Some 78 people were arrested, say police.

“This protest is definitely outside of anyone’s expectations,” says Maya Wang, a researcher for Human Rights Watch based in Hong Kong. “Both the government in Hong Kong and in Beijing are going to have a huge headache on their hands.”

Occupy Central With Peace and Love, as the protest is officially known, aims to foment democratic change by paralyzing the heart of this freewheeling financial hub. It was originally slated to begin Wednesday, but an aligned student demonstration Friday gathered such momentum that its leaders brought the launch forward.

“We want to help the students achieve their goals,” Benny Tai, a founder of Occupy Central, told TIME on Sunday morning. “They want to stay here, and we want to support them.”

By Sunday afternoon, protesters brandishing umbrellas repeatedly charged at lines of riot police in front of Government House, only to be repelled by volleys of pepper spray. The protesters then retreated to regroup and rushed again. Each time, the cache of mangled umbrellas behind the police grew larger. As tensions rose, tear gas was fired at the crowd in Harcourt Road. Dozens of police and protesters were injured in the melee.

“They needed to do something to control the scene, so they needed to shoot the gas,” a police spokesman told TIME. “[The protests] are not good for ordinary people.” Late Sunday evening, officers held banners aloft that read “Disperse or We Will Fire” as rumors swirled of rubber bullets being readied.

Hong Kong has been run under a “one country, two systems” since British colonial rule ended in 1997. Beijing had promised to let residents choose the city’s Chief Executive, the tellingly corporate title of the top job in this bastion of free enterprise, by 2017, but now insists that all candidates must first be vetted by a committee perceived as curated by the Chinese Community Party.

Current Chief Executive Leung Chun-ying, a polarizing figure largely seen as loyal to the mainland, told reporters Sunday that Hong Kong was “not a self-contained democracy.”

“Any fair-minded person will come to the conclusion that the method of electing the Chief Executive in 2017 is more democratic,” he said. “It is not ideal, but it is better.”

On Saturday, a public square attached to the government headquarters was stormed by students, and at least 74 people were arrested. That protest swelled to upwards of 50,000 people, according to organizers, congregating in the austere, concrete flanking areas.

Hong Kong Police Commissioner Andy Tsang defended his officers’ handling of the student protests when speaking with media Sunday. “Even after considering the protesters were unarmed, I believe it is important to consider that many others were injured as a result of their acts,” he said.

On Sunday afternoon, several pro-democracy legislators were arrested for “obstructing police in the detainment of audio equipment” at one of the steel barriers, according to the Hong Kong Federation of Students. That same organization donned black T-shirts with the English phrase, in green letters, “Freedom Now!”

Layla Chang, an 18-year-old university student, said she didn’t feel she could leave the main protest site even if she tried, since the police had been blocking all entrances and exits, and the throngs had amassed to intractable numbers outside. “We are very afraid but we can’t leave now,” she said.

Early on, the sprawl had a typically Hong Kong sense of order, with volunteers organizing the collection and sorting of waste, and medical groups erecting tents to treat protesters for exhaustion and pepper spray. Plastic wrap, to guard against the latter, was doled out by organizers. Protesters caught quick naps under the shade of blue and red tents and hunted for snacks in the piles of bread, bananas, cookies and water that volunteers had dropped off. Yellow ribbons, a long-standing symbol of demands for universal suffrage, were wound around police barricades. At one, dozens of umbrellas were fanned out to protect against the use of pepper spray.

In a surreal scene, at a park just a few hundred yards from the protests, a small group of elderly folk listened to Mandarin songs celebrating the coming 65th anniversary of the founding of the People’s Republic of China.

Audrey Eu, chairman of the Civic Party, a leading pro-democracy party in Hong Kong, told TIME that though she thought it “unlikely” Beijing would reverse its position on the 2017 elections, the protests would go a long way toward galvanizing pro-democracy sentiment and heralding future change. “This is a broad-based movement,” she said.

“The people of Hong Kong need to stand up and defend one country, two systems,” she said by a police barricade, protective ski goggles perched on her head. She had brought her sleeping bag for a possible “long wait.”

“I’m prepared to be arrested,” Jimmy Lai, a prominent Hong Kong publisher and critic of the Beijing government, told reporters, as he sat down in front of a row of police on Sunday morning, wearing a plastic white raincoat and pair of goggles.

“If you persist in resistance, there is always hope,” he told TIME. “If you give up, there is no hope.”

Gemma Yim, 21, a university student sitting behind Lai, said she was not prepared to go home anytime soon and would stay at least until all those demonstrators arrested Saturday were released.

At around 8 p.m., police announced they had released Joshua Wong, leader of the Scholarism student-activist group, who was arrested Friday for his role in the earlier disturbances. The 17-year-old vowed to join the demonstrations after taking a shower and rest at home.

May Wong, a 55-year-old NGO employee, pledged to stay on the streets all night if necessary. “As a Hong Kong citizen, we need to support the students,” she said. “We support what they support — universal suffrage.”

But by 11:15 p.m., Occupy Central co-organizer Chan Kin-man urged the protesters to retreat, fearing bloodshed. “It is a matter of life and death,” he told the South China Morning Post. “We put people’s safety as our top priority. Retreat doesn’t mean giving up … we will still continue to struggle.” 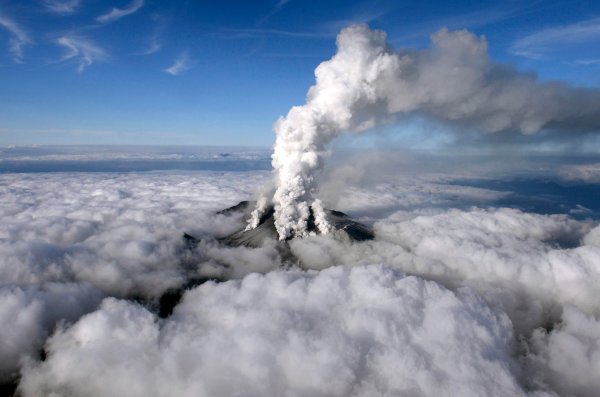