Here is a question that I didn’t think I’d have to ask: Did anyone at Saturday Night Live know who Chris Pratt was before he agreed to host last night?

The season premiere, SNL‘s 40th, played way more to the idea of Pratt (handsome, open-minded blockbuster-er) than to his human Slinky strengths, which kept being hidden behind wigs, like the wigs were the joke. He is the joke! But too many of the sketches expected him to do so much with so little; or, worse, didn’t expect anything much from him at all. (When his chest flashed across the screen in the final sketch, the audience roared.) That said…

The Good, The Bad, The Weird

The best joke came in Pratt’s monologue, otherwise an affair not quite louche enough to be lovable. After a word or two, he pulled out a guitar, but warned the audience: “I know I’m not half the singer that Ariana Grande is, but I am technically three times her body weight. So the math works out.”

The best sketch, and Pratt’s best moments, played expertly on two things: 1) that everyone in America has seen Guardians of the Galaxy and 2) that we all love the same two things about it. SNL puréed that into a marketing video touting a new slate of films under the banner, “Marvel Can’t Fail.” Coming soon: Bus People, Marvel’s Pam, Pam 2: The Winter Pam, and Some Shopping Carts, with the footage all cued to the strut down the hallway from the original Guardians trailer, with “Hooked on a Feeling” playing in the background. It’s a joke that’s easy to over-explain, but funniest — like here — in endless variation.

The worst sketch was the second of the night, which saw toys brought to life by a young boy’s wish, like Toy Story only with loincloths and genitalia. And I do mean only those things. Taran Killam, as ThunderCats leader Lion-O, discovered the joys of cake and self-pleasure. Pratt, as He-Man, swung his sword and kept swinging and then smashed through a kitchen wall in pursuit of a teenage girl. The sketch had the night’s first Ariana Grande appearance, as He-Man’s twin sister, She-Ra. (She was definitely there! Is the thing that you can say about it to all of your friends.)

The weirdest sketch came late in the episode, as they almost always do, this one more thought experiment than pay-off. Imagine: Everyone on Friends had been swapped out with the cast of Lifetime’s TV movie The Unauthorized Saved by the Bell Story — and you’d be about halfway there. Pratt, et al. played three roommates driven apart when Pratt is seduced into a dark friendship with a group of young boys. Everything is styled and shot like a classic, learn-your-lesson sitcom of the ’80s and ’90s.

Weekend Update returned with a new co-host, Michael Che, alongside head writer/and more Colin Jost. The segment lacked for zingers but not cast members, bringing in Cecily Strong, Pete Davidson, and Leslie Jones as — respectively — experts on Ebola, teens, and singledom. Bringing back Strong, Che’s talented predecessor in the Update chair, so quickly could have been just a make-nice moment, but she’s too funny away from the desk not to use.

Don Pardo, SNL’s longtime announcer, who died in August, was remembered during the episode with a title card and moment of silence.

Ariana Grande sang two songs, with one surprise each: First was “Break Free,” which started as a piano-backed cabaret piece before halfway through transforming into its original version, as a full-on Zedd-sterpiece. Her “Love Me Harder” nearly ended the episode, with The Weeknd dropping by to duet. (Have you seen his hair lately? We’ve all been talking and we think you should say something.)

Aidy Bryant was the night’s workhorse, a crucial part of no fewer than four sketches, including a standout that saw her spitting Nicki Minaj-style come-ons to Pratt, as the object of her affections. (That sketch, playing out a theme for the night, involved more twists and turns than it involved Pratt.) Bryant’s joke is still usually her volcanic charisma, how her voice is like a roller coaster blowing out syllables into triple entendres, but that isn’t automatically a bad thing. It’s a well the show feels inspired to tap.

If You DVR’d It

Skip: The episode’s NFL jokes, including a Candy Crowley-themed cold open, which took almost 90 minutes to hit anything like humor. 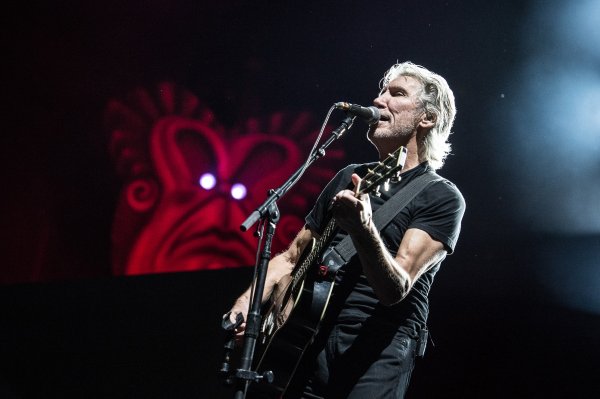 Pink Floyd Roll Out Plans For The Endless River, First LP in 20 Years
Next Up: Editor's Pick