Walt Mossberg famously began his first tech column for the Wall Street Journal in 1991 by writing, “personal computers are just too hard to use, and it’s not your fault.”

Twenty-three years later and now working at his own tech site, re/code, Mossberg doesn’t see the situation as having changed that much.

“People still have guilt that they’re dumb,” Mossberg said at the Nantucket Project on Saturday, “because they pick up their smartphone or tablet and can’t get it to work, so they think they’re idiots.”

This is one of his biggest concerns about the tech landscape. He points out that even Apple, to his mind the most user-friendly company, made a big misstep in pushing an iOS 8 software update this week that caused some iPhones to be unable to make calls or send texts. Facing thousands of customers furious over the flaw, Apple apologized, and hastily released a fix a day later. “That’s kind of basic,” Mossberg says.

Nevertheless, Mossberg thinks Apple has finally begun to show new momentum under Tim Cook, who took over as Apple’s CEO following Steve Jobs’ death in 2011. He expects Apple is the company that stands the best chance to revolutionize digital payment in the next two or three years, thanks to its existing credit card database and its promise never to send users’ real credit card numbers to the cloud.

With so much changing so quickly, Mossberg says, artificially intelligent “assistants” like Siri and Cortana (Microsoft’s Siri competitor) “are all excellent for what we have now. [But] they’re all going to look ridiculous in not 10 years—four years.”

Outside of AI and sensors (Mossberg says “we’re still in the first inning of wearables”), he predicts two technologies must—and will—change drastically in the next few years.

One is cars. In terms of in-cabin electronics, he says, “until a few years ago, when you opened the door to your car, it was like stepping into a time machine to 1957.”

The other: television. Every tech company knows how to redesign the current interface, which he says is the worst of any that we use—“That’s low-hanging fruit.” That is, until you get the networks and distributors involved, which is where Apple, Intel and other tech companies making a go of things in TV have had to hit pause. 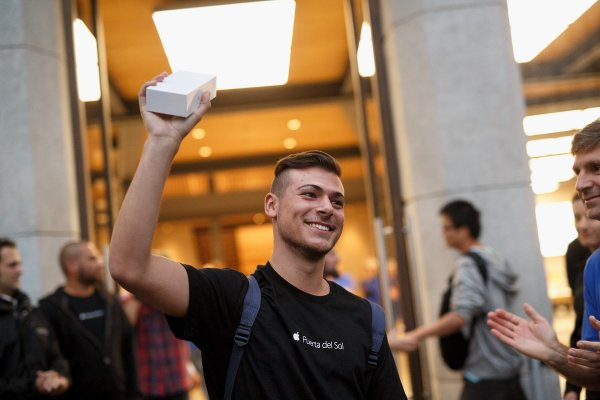 See Which Parts of the Country Have the Most iPhone Users
Next Up: Editor's Pick