If Hillary Clinton runs in 2016, she will be the first serious presidential contender who is also a grandmother.

Chelsea Clinton, daughter of Hillary and Bill, gave birth to a baby girl named Charlotte, announcing on Twitter and Facebook early Saturday that she and husband Marc Mezvinsky are “full of love, awe and gratitude as we celebrate the birth of our daughter, Charlotte Clinton Mezvinsky.”

Hillary Clinton, who is considering a second run for President in 2016, called being a grandmother her “most exciting title yet,” and has picked out “Goodnight Moon” as the first book she intends to read to her future grandchild, the Associated Press reports.

The 34-year-old Chelsea Clinton said last year in an interview that she was hoping to have a child in 2014. “I just hope I will be as good a mom to my child and, hopefully, children as my mom was to me,” she said. 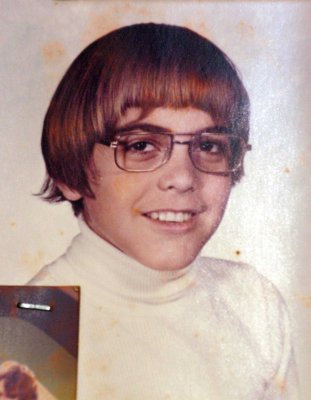 From Goofy Teen to Dashing Groom: George Clooney's Life in Pictures
Next Up: Editor's Pick