America is betting the kitchen sink on natural gas. No matter which estimate you look at — the U.S. Energy Information Administration, the International Energy Agency, or Wall Street banks — two things are clear: the United States is slated to consume enormous amounts of natural gas and the dominant fuel of electricity generation for the last 50 years, coal, is diminishing.

Related: Why the Debate Over U.S. LNG Exports Has Been Won

The EIA expects natural gas production to grow at a 1.6 percent annual rate from 2012 through 2040, resulting in a dry natural gas production of 23.04 quadrillion BTU in 2013 and a production forecast of 38.37 quadrillion BTU in 2040. Demand will come from residential, commercial, and transportation use, but the largest demand increase will be from the electric power sector, particularly combined cycle power plants. Today, the U.S. has a combined cycle generating capacity of roughly 190 gigawatts. By 2040, capacity is forecasted to increase to approximately 316 gigawatts.

Meanwhile, the outlook for coal continues to appear bleak. This week, the Government Accountability Office released a newreport with increased projections for the number of coal plants expected to retire in the coming years. The report estimates that 42,192 megawatts, or 13 percent of coal-fueled summer generating capacity, will retire between 2012 and 2025 as a result of environmental regulations, lower natural gas prices, and decreasing electricity demand. These retirements are on top of the 150 coal-fueled units with a summer generating capacity of 13,786 megawatts that have been retired since 2000.

America’s gamble will not affect everyone in the country equally. Almost 40 percent of the retired coal capacity will take place in in Ohio, Pennsylvania, Kentucky, and West Virginia. Fortunately, Pennsylvania, Ohio, and to a lesser degree West Virginia, have economies that will be better prepared for this transition as a result of surging production from the Marcellus and Utica shale plays.

Related: This Natural Gas Giant Is Worth The Risk At These levels

The outlook for coal exports is much different. Last month, Oregon’s Department of State Lands denied a key permit to Australia-based Ambre Energy to build a coal export terminal on the Columbia River. On Sept. 15, Ambre Energy was dealt another blow when the U.S. Army Corps of Engineers denied its appeal. Corps spokesman Scott Clemans said, “We could do [the review] and make a yes or no determination, but given the lack of clarity right now as to whether the required state authorization is going to happen, and given the amount of time and energy we still need to devote to this project, it doesn’t make sense to devote resources to a project that may not happen.”

For everyone’s sake, let’s hope the gamble pays off. Because if natural gas fails to live up to the high expectations, there will be less coal to back it up. 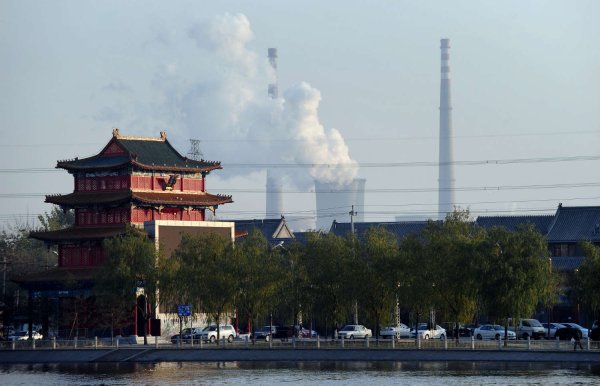 Why King Coal Will Keep Its Crown
Next Up: Editor's Pick