A sign is posted in front of the Yahoo! headquarters on May 23, 2014 in Sunnyvale, California.
Justin Sullivan—Getty Images
By Fortune / John Kell

Starboard Value LP has called on Yahoo’s management to consider a potential combination with AOL Inc., a deal the activist investor said could result in cost synergies of up to $1 billion.

In a letter addressed to Yahoo CEO Marissa Mayer, Starboard — which disclosed a “significant ownership stake” — argues Yahoo is “deeply undervalued relative to the sum of its parts.” The investor, which generated some headlines recently for criticizing Olive Garden’s breadsticks strategy, said a combination of Yahoo and AOL 3.46% could reduce the cost overlaps in their display advertising businesses, and cut both companies’ overhead costs.

“Importantly, we believe the combined entity would be able to more successfully navigate the ongoing industry changes, such as the growth of programmatic advertising and migration to mobile,” Starboard said.

Mayer, ranked 16th on Fortune’s Most Powerful Women in Business list, is facing pressure in the wake of Alibaba’s 0.31% initial public offering last week. At least three analysts have downgraded the company’s stock this week, citing the absence of a turnaround at Yahoo’s core business and limited upside to owning a slice of Alibaba. Yahoo still owns about 400 million shares of Alibaba, a stake worth more than $35 billion before taxes, The Wall Street Journal has reported.

Starboard’s move is also turning up the heat on Mayer to perform. Fortune earlier this year asked an important question: “Will Marissa Mayer save Yahoo?” noting that while the company’s stock value has climbed under Mayer’s tenure, the strength has had little to do with her turnaround efforts. While Yahoo has announced some high-profile acquisitions (including the $1.1 billion deal to buy Tumblr) the company’s ad business remains challenged.

The activist investor claims the “valuation gap” is due to the fact that investors expect Yahoo management to continue past practices, including acquisitions at “massive valuations with seemingly little to no regard for profitability and return on capital.” Another problem, according to Starboard, is monetizing its non-core minority equity stakes in a tax-inefficient manner.

“We believe that Yahoo’s core business is valuable. However, given some recent operational challenges, we would expect it to trade at the low end of industry multiples,” Starboard said. 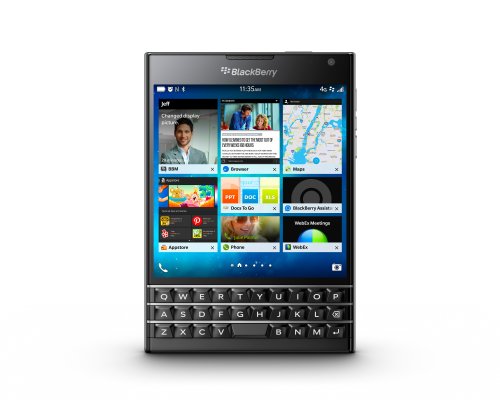 BlackBerry Faces Steep Challenge as It Aims for Turnaround
Next Up: Editor's Pick