BlackBerry Faces Steep Challenge as It Aims for Turnaround

BlackBerry Ltd. has had a busy week — it debuted a new smartphone called the Passport and reported a narrower quarterly loss. But do those rosy headlines suggest a turnaround is underway?

Not necessarily. The Canada-based company on Friday reported it recognized hardware revenue on about 2.1 million smartphones for the quarter ended Aug. 30, a tiny figure compared to the over 10 million smartphones Apple sold over the weekend after the debut of the iPhone 6 and iPhone 6 Plus. BlackBerry’s quarterly revenue plunged 42% to $916 million from the year-ago level.

And for those keeping score: back when Apple debuted its first iPhone in 2007, it took 74 days to ship its one millionth smartphone. BlackBerry managed to ship over 3 million devices in a quarter over roughly the same time period.

Of course, this reversal of fortunes isn’t a surprise. BlackBerry’s worldwide smartphone market share is under 1%, according to data from research firm International Data Corporation, far less than Apple’s hold on about 12% of the market. BlackBerry’s market share was a far more sturdy 13.6% just three years ago, signifying just how quickly things can turn sour for a smartphone maker when it falls out of favor.

BlackBerry is hoping to change all that with the launch of its 4.5-inch square-shaped Passport, touting the device’s larger screen and apps geared to professionals that have defected to other devices. As Fortune reported last month, BlackBerry is hoping government, finance and health care workers will find the device’s unorthodox dimensions ideal for their work.

The device is off to a fairly decent start, according to CNET, which reports 200,000 BlackBerry Passport smartphones have been ordered since launch.

Investors have bought into the BlackBerry turnaround story before, only to be burned later when reality set in. The company’s shares rose in the months leading up to the company’s launch of a new operating system, called BlackBerry 10, which was unveiled in 2013. Investors had placed a big bet that plan could work, sending BlackBerry’s [then known as Research in Motion] shares up 59% in the 12 months before issuing quarterly results in June. Disappointing sales of the Z10 phone resulted in shares tumbling some 28%. 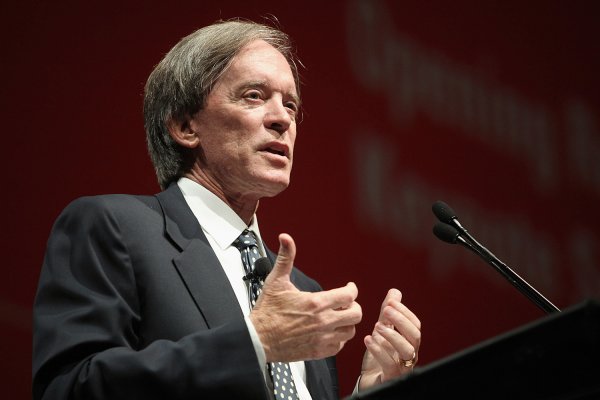